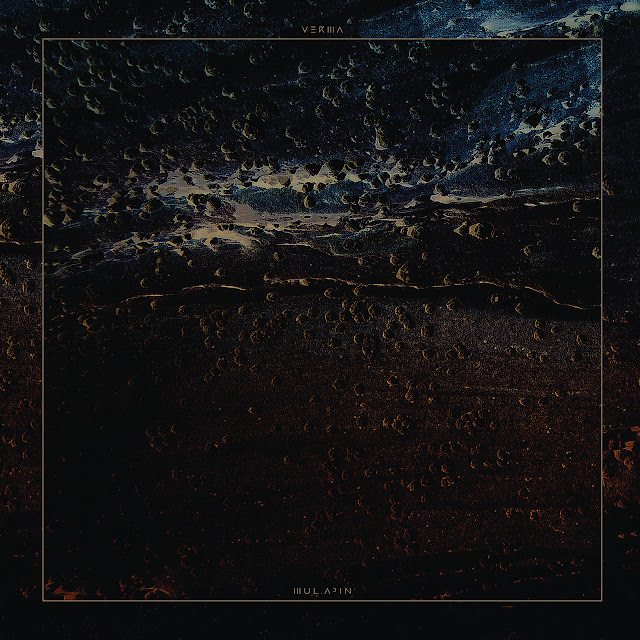 Verma’s “Sunrunner” (2014) put Chicago-based space rockers, Verma, on my mental map. Since then – along with instrumentalist / vocalist Whitney Johnson’s project, Matchess – my copy has been subjected to daily repeats. Fortunately, the band already had a few releases, fueling a stronger affection for their often improvised records, high quality experimentation, and general blurring of synth-heavy – and occasionally just regular heavy – psych, shoegaze, and Krautrock aesthetics. This month, Verma – once again, by way of the great Trouble in Mind Records – unveils “Mul.Apin,” which is a sort of return for the band, finding itself again pounding through long-form compositions and favoring mood, atmosphere, texture, rhythm over traditional structure – though, even within these structures, their in-studio improvisation sounds untethered, while “Sunrunner” put a larger emphasis on song structure and Johnson’s voice (see, in particular, “Chrome). Composed of five long takes – Side B is a single, sixteen minute track, “Gal.Damhara / Last.Battle” – “Mul.Apin” has much more in common with their Trouble in Mind debut, “Coltan” (2013).

Like most of Veram’s releases, there’s a consistency that makes the album cohere in a way that many do not. According to TiM’s write up, “Mul.Apin” sets forth to do this a bit more purposefully than the last, confirming a listener’s suspicion that each track is plotted carefully. Mul.Apin is the conventional name given to the Babylonian star maps for astrology and astronomy, so each track acts, at least conceptually, as a mile marker against the void of space. Of course, in the end, these are simply wonderful excursions into sonic richness, but, if it helps to understand them otherwise, there’s a truth to that as well. So let “Nerebu / Overture” build and the motorik “Kaskal / The.Journey” pulse on.

As has become expected of Verma and Trouble in Mind Records, this one is highly recommended.

“Mul.Apin” is available directly from Trouble in Mind Records webstore, or from Amazon US or UK.

For those readers who are looking for an introduction, check out the band’s Bandcamp page for a few excellent “name your price” or free downloads and streams of earlier releases.

And here's a sample of one of "Mul.Apin"s tracks: