In a Moment … Ghost Box 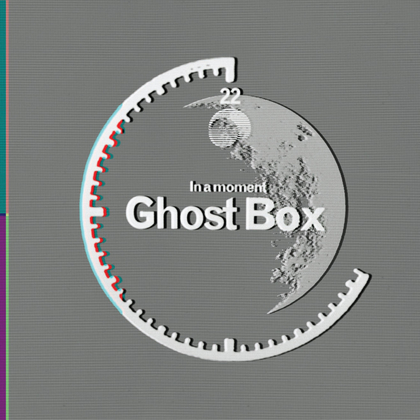 When Julian House and Jim Jupp founded Ghost Box in 2003/2004 with a desire to integrate "music for schools, cosmic horror stories, library music, English surrealism, and the dark side of psychedelia", few would have imagined that so many would feel the inescapable pull of the duo’s creation.

Aiming to create "not just a record label, but an imaginary world", House and Jupp quickly discovered that they weren’t alone in their desire to nostalgically recreate the future that they were told in the seventies awaited them. By fusing elements of the fantastical with the everyday, they created something uniquely English with an aesthetic entirely its own which would have a profound effect upon a number of other musicians who suddenly discovered that they weren’t alone, as well as a generation of listeners who grew up watching public service announcements and foam rubber aliens in front of cardboard sets.

And now eleven years later we have the label’s first retrospective collection, and while it’s surprising that it’s taken this long for something of this nature to bubble to the surface, the lengthy time period covered does allow for a much better perspective on how the ‘hauntology’ genre has evolved. Anyone who accuses the label of being a one-trick pony will have their arguments swiftly negated by a listen to the many, varied contents on display here.

The label's three dominant names – The Advisory Circle (Jon Brooks), Belbury Poly (Jupp) and the Focus Group (House) - are all well represented here. Brooks is certainly the most ‘traditional’ of the three, with many of his tracks sounding as if they’ve been lifted directly from 1970’s science documentaries, although even he is unpigeonholeable, as the fabulous Neu-isms of “Mind How You Go Now” will attest to. And his compositional skills are without equal, with hooks unlike any you’ll be expecting to find in electronic music. Belbury Poly mines similar territory, but spreads his influences further afield, with more contemporary electronic music covertly influencing some of his tunes, as well as a tendency to experiment with acoustic instrumentation and the human voice, as heard on the “The Geography”. And the Focus Group is something else - indescribable really. House has taken the idea of fusing English surrealism and psychedelia further than anyone else that I’ve ever encountered.

And there’s much more here beyond these three, with recent signings the Soundcarriers, John Foxx and Hintermass (whose upcoming album is previewed here) extending the label’s range into areas where vocals play a more dominant role. That this has been done without compromising the label’s singular vision demonstrates the care that goes into everything that the label releases.

This is a great collection, but let’s be clear. In no way should this be considered a substitute for the rest of the label’s back catalogue. There are at least five or six essential albums on the roster that you should own as well (start with "The Belbury Tales" and "As The Crow Flies"). But as a starting point for the uninitiated, this essential release will be a real eye opener. And for those who don’t feel the need to own all of the label’s releases, this makes a splendid gathering up exercise, with key tracks expertly plucked and sequenced in a fashion that will make you think again about a number of releases that you’d decided you didn’t need.

CD, vinyl and digital all available directly from the Ghost Box online shop.