Harsh Vibes - You Left Me Far Behind 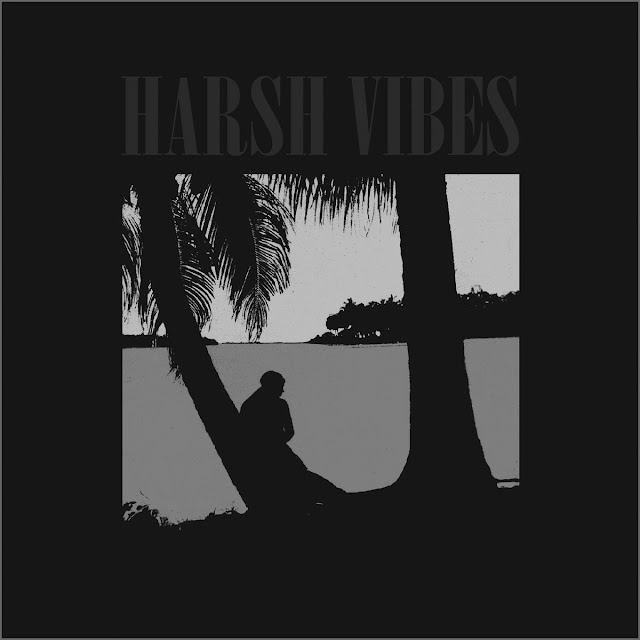 The discography of Philadelphia’s Harsh Vibes is relatively small considering the band formed in 2010, but the limited run releases we do have – two cassettes and a new EP, “You Left Me Far Behind” – showcase the band’s hypnotic meditations and frenetic jams, making each long-form song invaluably dense and deserving of repeated listens. The latest from Harsh Vibes – a two side-long song 12” – is no different. Like their predecessors, these songs are unrelenting and without filler – full, at that, of genre-mixing heaviness.

Though like-minded, “You Left Me Far Behind” has a slightly different feel than Harsh Vibes’ earlier cassette releases (2013’s “Dead Collective Soul” and 2012’s “Psychedelic Gin Blossoms), both of which were culled from hours of recorded practice sessions. This year’s EP provides another balanced pairing of songs that are equally as experimental as they are listener-ready, but the five-piece has also managed to expand their already diverse genre-mixing repertoire so that where “Reds Under the Bed” and “Jam Forever” from “Dead Collective Soul” parse wall-of-sound style shoegaze and Neu!-inspired grooves, side A’s “You Left Me Far Behind” explores a darker edge, melding darkwave and heavy psych. The track closes in a froth of atmospheric synth crescendos, searing leads and a trudging stoner-rock riff. What more could you ask for – other than a reverse side?

“I Will Follow You Down” stokes the same fire of dark psych, using just about every other genre for kindling. If not before, the second half of side B strives to capture the feel of the band’s live show, assembling and disassembling noisy riffs with ease. Here is proof of the living band, one that, like the ideal band should, willingly mutates, absorbs and adapts.

Available digitally or on vinyl from Harsh Vibes’ Bandcamp page.