Telafonica - Tales Of Loss In The Stereo Field 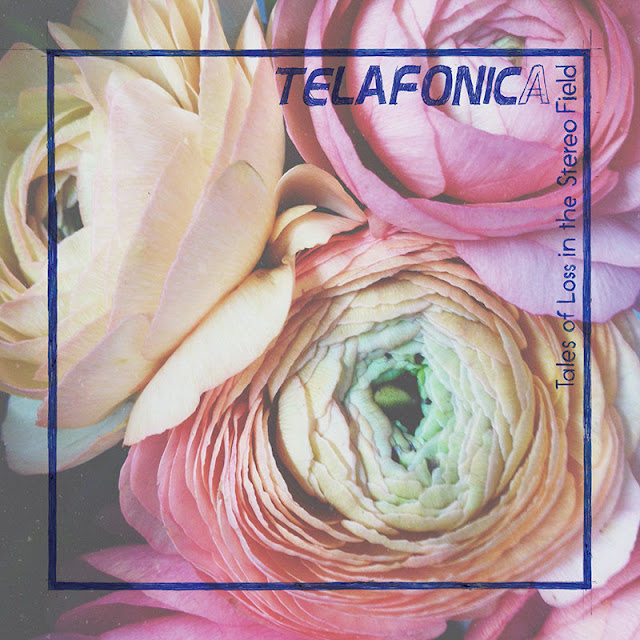 Sydney's Telafonica have a back history full of intriguing releases, and their latest full length (which I'm a little late picking up on) is a pretty great way to acquaint yourself with this talented quartet.

"Tales Of Loss In The Stereo Field" has been doing the rounds on the fringes for six months or so now and after a fairly immersive listening experience (I've been playing this A LOT), I can't help but wonder why this lot aren't more well known.

Here we have an adventurous indie pop album, haunted by the ghosts of sixties psychedelia and nineties experimental pop, populated by songs that alternate between gorgeous fragility and glitch-pop exuberance. "Spin Spin Spill Slip Slip Sing" has the ramshackle charm of early Phoenix Foundation, with Adrian's voice straining to reach the right notes in the sort of fashion that Neil Young uses to catch the listener offguard and wrench at the heartstrings, creating an uneasy, voyeuristic listening experience. First single, "What Remains" continues along these lines, with Ellie's crystal clear vocals offering an interesting counterpoint to Adrian's. They're both gorgeous tunes with the potential to overshadow the rest of what's on offer here, but while the remainder is less immediate, subsequent listens reveal that these two tunes are not the peaks that they initially seem to be, with the band's more upbeat material proving to be just as engaging after a couple of listens. The glitchy, slightly dissonant "Dance in Tune" hints at a barely controlled chaos that suggests the band as a force to be reckoned with live as well.

"Tales Of Loss In The Stereo Field" sounds very much like a product of the here and now, dismantling and reassembling its varied influences in fresh and surprising ways. I've not been this appreciative of a fresh approach since Stealing Sheep's debut back in 2012 "Home Song", particularly reminds me of SS's approach, a sinuous groover that gets under your skin and stuck in your head. Everything's balanced perfectly on "Tales Of Loss In The Stereo Field"; excellent songs, inventive production, voices that perfectly inhabit the lyrics they're delivering, and all given exactly the right emphasis for maximum impact.

Highly recommended, and the vinyl version comes with a lovely selection of zines - one for each song on the album. Check it out below. And while you're at it check out the first fruits of their 2016 project here.