Mystic Brew - Something More Than Dream 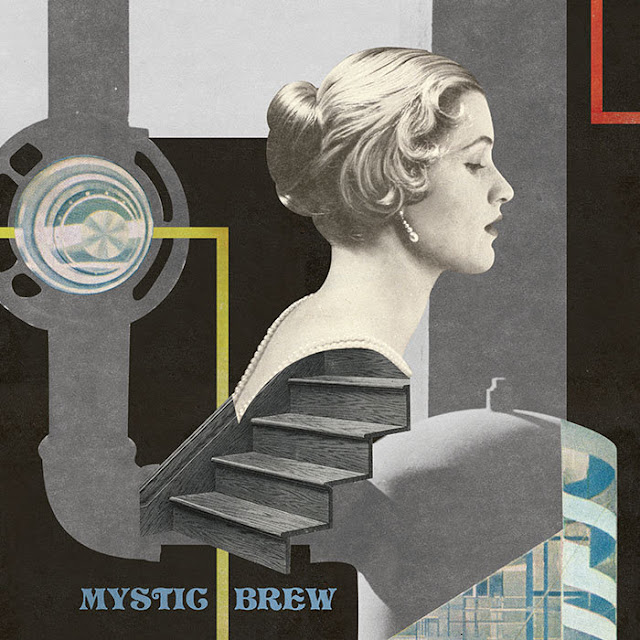 Hopefully I’m not the only one who had to look up the exact location of Russian city, Samara, whose well-over a million residents include psych pop act Mystic Brew. Today – as I write this review – the weather in Samara, at least according to the internet, is 21° C and sleeting, despite the predominantly pleasant and autumnal landscape photos that populate an image search.

Listening to Mystic Brew’s upbeat brand of psych stands in stark contrast to their home city’s current weather. Their sound escapes from a beachfront garage a few decades gone. Still, there’s a clear influence from their industrial city – and their more urban idols like the Velvet Underground, early Pink Floyd, the 13th Floor Elevators, and (the band has noted this influence elsewhere) Sun Ra Arkestra – along the way. This is a record full of oddities and psych weirdness while remaining entirely listener-friendly – and, beyond that, highly enjoyable for long-time fans of the revivalist genres.

Ambitiously, Mystic Brew has wrangled enough feel-good vibes into these seven tracks while pushing a bit against the grain, particularly with the twelve minute epic “Through the Haze,” which despite its length never drags. In fact, the song is a propulsive, pop gem, relying on the same warbling guitar tones and snappy rhythms for its entirety. Followed up by the significantly shorter “Belaya Bol’,” the two songs round out an impressive set of songs. “Belaya Bol’” plays with delightful lethargy, nearly delirious – sonically, the take is challenging the boundaries of speakers and toys with rise and fall within the instrumentation – as it concludes this entry in the band’s dazed pop catalogue.

Before Mystic Brew, members spent time in several cover bands, focusing their talents on the Who, Chocolate Watch Band and the like. Their love for the greats of the era is still readily apparent, but they’ve established themselves as well-tried songwriters throughout their discography. “Something More Than Dream” is an accomplishment in its mastery of vintage sounds, instrumentation, and musicianship; it moves far beyond homage, tapping the same current of their heroes and channeling a timeless vibe.

Along with several choice other similarly priced EPs and singles, “Something More Than Dream” is available at a “name your price” cost now or on vinyl from their Bandcamp page.