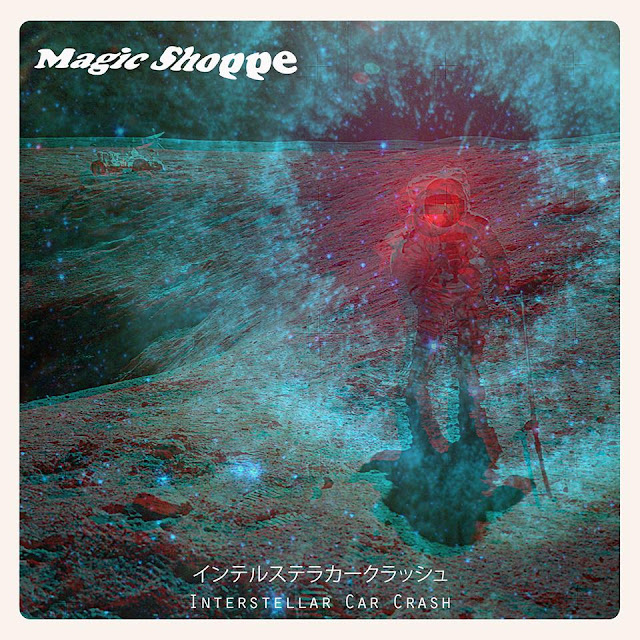 Boston quintet Magic Shoppe have a fresh new EP of delectable, reverb-drenched treats on the street as of early February, and it's a great place to start for the newcomer, as well as an extremely satisfying new chapter for those who've been following them for a little while.

Frontman Josiah Webb recently admitted in an interview with The Artery that he hates the term 'psych', going on to clarify "As a genre, so many bands use that word. It’s overblown, it’s lost it’s meaning. It’s become the new ‘alternative.'" It's a sentiment that few could argue with, with bangwagon jumping bands, and grasping-at-straws publicity agents eager to grab themselves a spot on the psych-sphere, on the coat tails of Tame Impala and co., despite a large number of these bands being at the heart of it, guitar rock bands.

Despite Webb's frustration with the genre's shifting scope, there's little doubt that Magic Shoppe are a psychedelic rock band - not one of these newer generation 'psych' bands, but the real deal. The trimmings are all there, from the colourful light shows that accompany their live performances, to the walls of reverb on the guitars, to the sixties derived spelling of the band's name. But it's not just a case of ticking the required boxes. There's plenty of substance beyond the style.

"City Alight (Yeah)" (which you can check out the video for here) is a great primer for what to expect here, a psychedelic shuffle with a great dynamic, heaps of hooks and an appealling rhythm that seems to draw from a tribal, Native American palette. "Redhead" is a more propulsive affair, a BJM style rocker with a great pentatonic riff, and layers of hazy vocals that are used more for textural effect than as the focal point that you'd perhaps expect. The title track is a little more relaxed tempowise, upping the jangly guitars and allowing the various layers a little more space to breathe. There's some lovely Macca style bass work, and an undercurrent of drones and backwards guitar lurking just on the edge of perception giving it a sense of being a part of something much larger and cosmic.

Great stuff. The greedy bastard within me can't help but think that a whole lot more than the four tracks contained within would be nice, but the more appreciative side of my nature is quick to acknowledge that we're very lucky indeed to have anything of this quality finding its way independently to our ears.

Investigate here, on vinyl and digital: