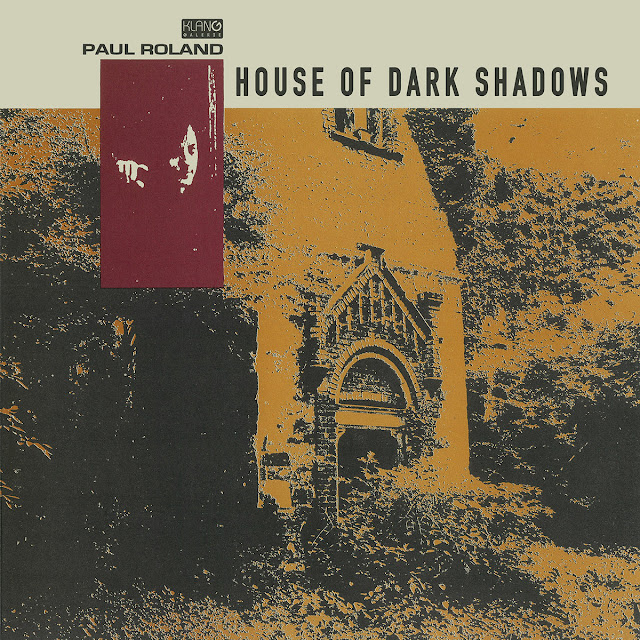 Psych legend Paul Roland sees some of his finest early recordings reissued on this expertly compiled compilation from Austrian label Klanggallerie (also home to The Residents). Originally a German only release back in 1985 it collects tracks from Paul's first album along with an assortment of singles whilst also adding five essential and previously unreleased bonus tracks. Roland's music should need no introduction but for any uninitiated listeners, his is a back catalogue of psych riches that range from baroque, string filled tales of wonder, whimsy and terror to full on lysergic garage rock.

When I asked Paul about his thoughts regarding this release he stated 'To be honest I was initially reluctant to release it but as the label pointed out it was a ‘seminal’ album in my career and the one which had introduced me to a European audience back in 1986 plus it had not been released on CD before. (The version released by New Rose/Fan Club in 1991 included four re-mixes, not the original versions). But the clincher was the opportunity to include five previously unreleased songs from my overflowing archive which make it rather special I think'.

'House Of Dark Shadows' contains several of Paul's immediate classics such as the ominous, synth-accentuated anthem 'Blades Of Battenburg' and the chamber psych pop of 'Burnt Orchids'. The mastering is exemplary. These tracks (some roughly thirty years old) sound crystal clear and Roland’s richly textured and detailed mini-symphonies sound immediate, resonant and powerful. Roland’s skill as a teller of tales is evidenced on the masterful acoustic reverie of 'Madelaine', a twisted and eccentric yarn of insanity that is bolstered by backwards streams of guitar and swells of violin. 'Dr Strange' is a psych/ new wave hybrid that both the Psychedelic Furs or Robyn Hitchcock would have been equally proud to write, whilst 'The Puppet Master' creeps and crawls subtly into your psyche, an uncanny masterpiece that references both Amicus movies and TS Eliot. Next, 'Captain Blood' blends synth strings, strident guitar and acid tinged flute with impressive results, creating a brooding and thrilling blast of psychedelic rock whilst following track 'Death or Glory' also evidences Roland's anthemic side. 'Cairo' is a mysterious and disquietening paean to the east, flute swirling around tabla, harmonium and acoustic guitars while Roland’s distinctive vocals and lyrics conjure up an entire landscape in the listener’s mind.

'Green Glass Violins' is a string laden slice of perfect cosmic pop complete with glistening harpsichord; if the more baroque side of Roland appeals do seek out his chamber classic 'A Cabinet of Curiosities'; you will not be disappointed. 'Lon Chaney (1883-1930)', a folk shanty dedicated to the horror Meister and 'Ghost Ships', a hallucinatory piece of paisley coloured genius, end the album proper. However we are also gifted with the five unreleased bonus tracks which prove equally as essential. 'Midwych's demented acoustic and xylophone harmonies need to be heard to be believed whilst 'Shiloh' is a stroke of musical genius. What initially comes across as a jaunty acoustic and organ based folk number emerges as something altogether more darkly doomed indeed. 'Versailles' recalls Roland classics such as 'The Great Edwardian Air Raid' and 'Wyndham Hill' and one wonders how such gems have lain in the vaults for so long. The superb 'Count Magnus' stalks by means of plucked bass and the peal of bells, Hitchcockian strings eventually emerging to dramatic effect. The album closes with 'Summer of 1910', a sepia tinged melancholic treasure propelled by a military style snare and an increasing sense of dread of the global storms ahead.

All of Roland’s catalogue is highly recommended and it is gratifying to see some of his earlier work being presented in such a considerate and thoughtful manner. For fans this album will be essential on account of the unreleased material; for others it offers an excellent introduction to one of the UK's finest and most individual songwriters.