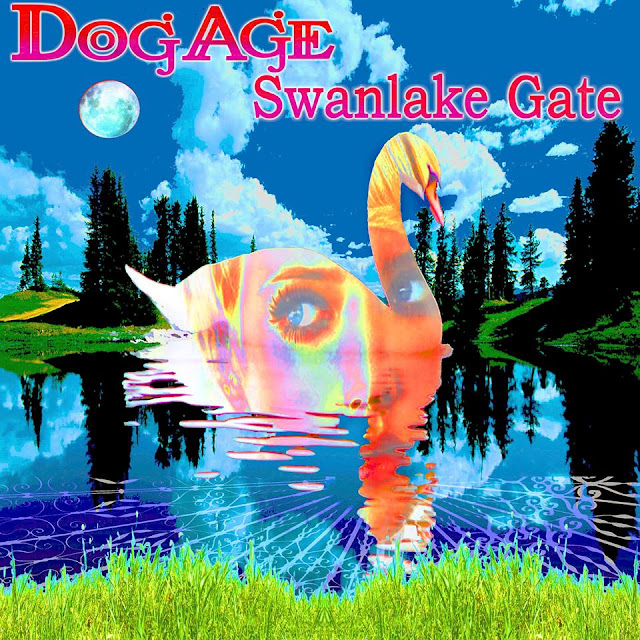 It's been 26 years since Oslo's Dog Age released their first LP, an album I love so much that I sorted out a digital reissue through the Active Listener imprint, in the hope that it would reach a new, appreciative audience. Without being directed by commercial concerns or a desire for mainstream acceptance, Dog Age have had the luxury of doing things their way, at their own pace.

Which brings us to their brand new album, "Swanlake Gate". After the grandiose, progressive flourishes of their previous effort (the impressive "On the Garish Isles"), "Swanlake Gate" is a return to more poppy territory - perhaps more so than anything they've recorded since "Reefy Seadragon" was released on Rainbow Quartz. Of course because you're reading this on the Active Listener, I'll assume that you realise pop in this context means Beatles and Beach Boys rather than say, Britney and Beyoncé. And while they're big, ambitious influences to be courting, "Swanlake Gate" sounds like a natural extension of those influences, performed by a band who love the music of this era, who just can't help it coming out this way, rather than a band that methodically attempts to replicate it.

Dukes of Stratosphear / XTC fans will spin out when they hear the chirpy psych-pop of "Opening Up The Park" and "Scathing" - you'd be hard pressed to find better Partridge / Moulding soundalikes, while the instantly appealling "Happy Fowl Stomp" is the best type of nonsense, a sort of Zappa visits Canterbury hybrid by way of the Bonzos.

"Phone Poles" shows a little more depth, utilising some of the biggest hooks here, with Beatlesque harmony vocals, and a Revolveresque arrangement propelled by a busy Macca bassline. And that "Everyone knows where they are...." outro is pure distilled Lennon.

It's not all bright and bubbly either. "Sonatine" is a much more subtle, minor key piece. Equally effective, it casts an eerie shadow aided by swells of backwards guitars, droning Indian instrumentation and an effective mellotron hook. These less insistent tracks with appear reluctant to give up their secrets right away, perfectly balancng out the immediately familar, upbeat moments, and drawing the listener into an addictive state that makes repeat plays an almost involuntary certainty.

"Swanlake Gate" is available on CD by messaging the band directly via their Facebook page.