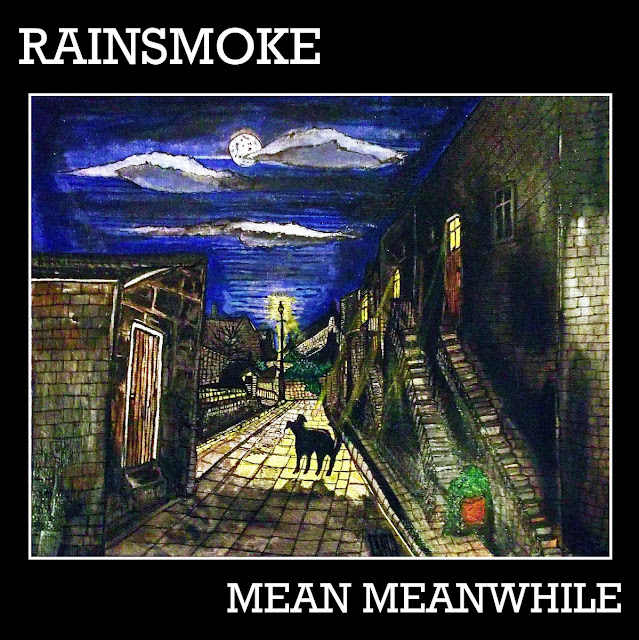 Here is something equal parts curious, unusual and spellbinding. 'Mean Meanwhile', a new single from a similarly new project featuring Chris Wade (Dodson And Fogg), Roger Planer and Nigel Planer (an instantly recognisable and much loved British actor whose biography as an actor includes The Young Ones, The Comic Strip Presents, Dennis Potter's Blackeyes and This Is Jinsey). Featuring two mixes of the song that offer a different mood and spin on the material, this is a quiet, late summer psych gem.

With evocative lyrics written by Nigel Planer (who featured on two hilarious and surreal spoken word tracks on Dodson And Fogg's recent 'In A Strange Slumber' opus) and music by brother Roger Planer and Dodson main man Chris Wade, 'Mean Meanwhile' is a hazy, harmonised slice of acid folk tinged melancholy loveliness that recalls Ray Davies, the acoustic moments of 'Selling England By The Pound' and underrated folksters Candidate. The guitars twist and turn in gentle, fluid motion under Planer's expressive vocals, the song recognisably having a Dodson And Fogg involvement in its easy way with a truly memorable melody. The 'A side' mix is a simpler, more acoustic take whilst the 'B side' contains a fuller mix with drums, subtle backwards psych guitar and organ lending a more tripped out and 60's feel to proceedings. Both versions offer a different mood and air, the first being a more straight forward slice of classic, psychedelic folk whilst the second offers a rich, immersive, more prog fuelled Moody Blues take on the song. Each are indispensable and enjoyable in their own right and promise great things from Rainsmoke in their future musical wanderings.

A perfect soundtrack as the summer afternoons grow shorter with its wistful melancholy and gentle haze, 'Mean Meanwhile' is now available on Chris Wade's Wisdom Twins Bandcamp page for a paltry one pound. You know what to do.