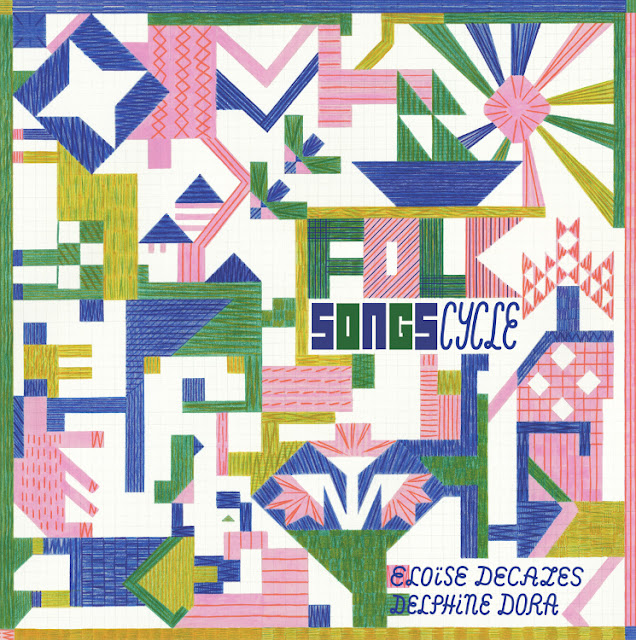 Two curious and highly creative recordings that come beautifully packaged as 10” vinyl releases from the Brussels based label Okraina Records, both 'Folk Songs Cycle' and 'Yiddish Speaking Socialists…' are hidden treasures that intrigue and delight in equal measure. 'Folk Songs Cycle' is an interpretive re-recording of the Italian composer Luciano Berio's 1964 album 'Folk Songs', written for his wife, the American singer Cathy Berberian. 'Yiddish Speaking Socialists...' meanwhile is an intense performance poem set to music by Fug's founder Ed Sanders that was originally released on cassette in 1991 and has been in unfair obscurity ever since. Both are fascinating documents and truly evocative pieces of work brought into the world by a very special and dedicated record label.

With 'Folk Songs Cycle', both Decazes and Dora have clearly taken these simple but emotive songs to their hearts and the glacial beauty of their interpretations recalls both the relatively unadorned folk vocal groups (such as The Young Tradition) and the more complex, avant garde leanings of European modern classical music. 'Black is The Colour (Of My True Love's Hair)' is performed with simple piano accompaniment, the duo's harmonised vocals haunting and crystal clear allowing the words of this traditional ballad to speak for themselves. Likewise 'I Wonder As I Wander' (another American traditional) is a heartbreaking hymnal, the vocals both intense and emotive in their purity. Lovers of The Watersons and traditional folk will adore this as will aficionados of Americana as performed by the likes of Bonnie Prince Billy, Faun Fables and Josephine Foster. Those of a more experimental bent will also note moments of Nico styled grace, such as the Armenian ballad 'Lossin Yelav' which, framed by harmonium drones, is a mournful and sorrowful symphony of interweaving vocal harmonies. 'Rossignolet Du Bois' is a French folk song of no small beauty and power, sprinkles of shimmering piano accentuating the sense of timelessness and tradition whilst 'A La Femminisca' takes a Sicilian waltz and creates a quiet, psychedelic wonder. 'Ballo' is a strident piano lament with backwards tapes and layers of choral style vocals, quite unlike anything else you might hear and yet, as with many folk songs, both eerily familiar and strangely comforting. Both vocalists excel here and 'Folk Song Cycles' is very much an album of their voices, the accompanying instrumentation is subtle and serves to frame their words and inflections. 'Motettu De Tristura' introduces field recordings and birdsong to the spectral loveliness whilst 'Azerbaijan Love Song' is a complex and gently thrilling ending to this exceptional and unique album. Highly recommended. 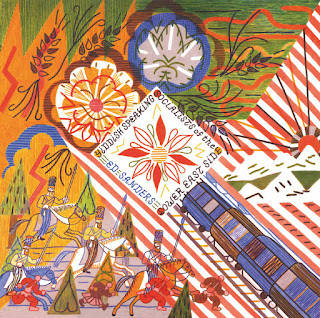 'Yiddish Speaking Socialists Of The Lower East Side' is comprised of two set pieces, with Sanders sing-speaking and describing the tradition of New York militant Jewish poetry via 'an epic piece of almost 18 minutes’ length - a vocal setting of a dense and reasoned text that runs to eight typed pages, 1400 words and 8500 characters.' This is a recording of subtle power and grace, its performance poetry ably backed by the drone and melody of Sander's specially made pulse lyre, a keyboard type instrument intended to be used in the bardic tradition of accompanying tales with the sound of the stringed lyre. Like an intense, serious minded and political Ivor Cutler, Sanders carefully layers and arranges his vocals, singing and intoning in a genuinely epic performance. Whilst some might term this 'outsider art' I prefer to see this in the vein of the beat poets and of an experimental musical path that takes in the likes of Robert Wyatt and the afore mentioned Cutler. However this recording undoubtedly pursues its own distinctly focused, artistic and inventive path and should not be missed. Take a chance on this valuable release; in the age of mass produced, middle of the road and mundane music to find an album of such individual and inspired vision is extremely satisfying.

Both releases come with gorgeous sleeve art by Gwénola Carrère on vinyl with an accompanying download. Available through the streaming links here: