The Bachs "Out of the Bachs" 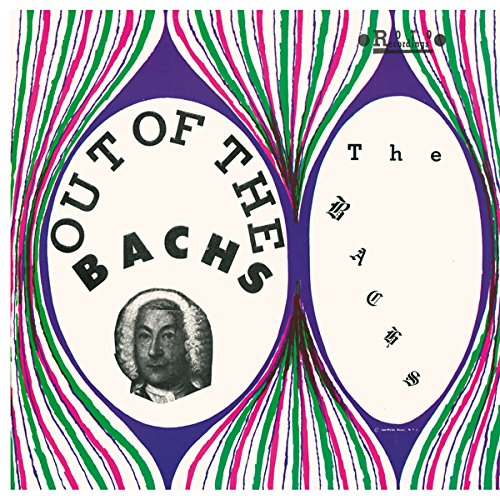 The latest offering from Guerssen's Out-Sider imprint is here: "Out of the Bachs" by the Bachs - a Chicago-based high school group who released this LP in 1968 with a press count of only 150. Its reputation is fierce, and it's highly regarded as one of the best garage albums of all time. Let's take a closer listen and see what all the fuss is about.

Things start kicking with the R'n'B influenced "You're Mine", which I honestly thought was a cover because the melody is so familiar it seems as if it was a radio hit. These guys must have been live favorites in the area and it's shocking to think they were just teens when this was recorded. When I first stumbled upon "Out of the Bachs" I was immediately reminded of how big of an influence they must have been on Ariel Pink - he seemed to have a knack for obscure, "Acid Archives" style private presses to draw from, which was evident by his cover of "Bright Lit Blue Skies" by The Rising Storm, another late 60s highschool group. The overall feel of such tracks as "Minister to a Mind Diseased" was the first clue in. It's all about driving fast and living dangerously, the kind of stuff any 18-year old fantasizes about, yet it has a mature flair which also gives a sense of foreboding.

The lads really knew how to write some minor key melodies and "Free Fall" is another one of my favorites. There is tambourine and upbeat percussion throughout. Even though the band parted ways shortly afterwards, this LP leaves nothing to be desired. I wouldn't go so far as to call this psychedelia but the band really stretched, and I definitely detect some Beatles influences. There is just a dance-hall, beer drinking, R'n'B, flair that sets it apart from your typical frat-rock/teenbeat album.

Out-Sider has really brought this out of the depths of sketchy reissues and unofficial releases. As always there's informative liner notes and excellently mastered sound. I would definitely say this lives up to the hype and anyone who likes 1960s rock with a love of melody should enjoy this - yet another Acid Archives favorite appears out of the shadows of obscurity!