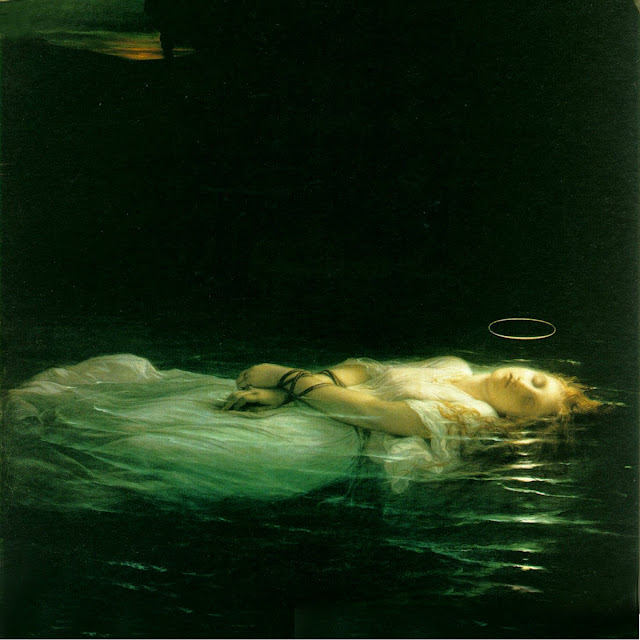 I received this post punk / dark wave EP without a press release, but I can tell you that this band from Madrid, Spain has created a short, goth-tinged masterpiece with "Young Martyrs". It contains all the hallmarks of the aforementioned genres, yet stands on its own as a modern piece of work. One is reminded of the Jesus & Mary Chain, Sisters of Mercy, Joy Division, and even Red Lorry Yellow Lorry.

You can expect unsettling sonics painted with a lovely dream pop sheen (“Love Letter”), and even a bit of Peter Hook thrown in for good measure. I say all this with great fondness, for anything that redirects my ears back to the late 80s is a good thing.

“Decay” goes all dark on you, and wow, they’re either channeling Ian Curtis or a bit of A Place to Bury Strangers. Its bleakness is pervasive and unrelenting, and not a glimmer of light is thrown in to relieve things.

The title track operates at a slightly lighter level; swirling sonics and deeply buried vocals encase you, and everything is featheweight by comparison to “Decay”.

“A Last Ritual” is more in your face and direct, though Chris W’s voice is muddied and heavily treated. It is danceable and could be a first single of this EP. Not only that, but the fuzzed out, spacey guitar is rather psychedelic to boot.

“The Promise” is an unexpected, disturbing end to the EP, a song that belongs on the soundtrack to your favorite nightmare. I am most drawn to the lullaby keyboard melody that dominates in the first thirty seconds. It then morphs into classic dark wave with distorted sonics.

Fans of the genres mentioned here will really like "Young Martyrs", and let’s hope it means a lot more music from this band in the future.

Available on CD here (with three extra tracks), or as a name your own price download / stream here: