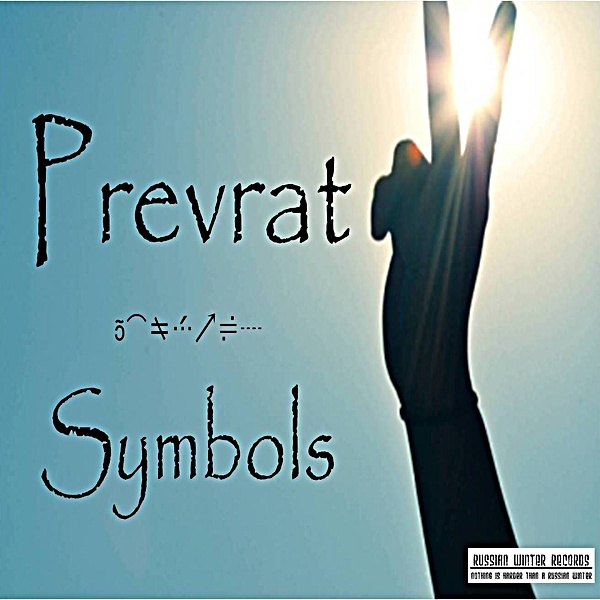 When a link for Prevrat's "Symbols" arrived in my inbox, I was dismayed to see the list of tags associated with the album; alternative, dreampop, garage, post-punk, power-pop, shoegaze, synth-pop - pretty much everything except psychedelia, which to be frank is kind of what this blog's all about innit?
So, it's not looking like this is gonna be my sort of thing, but I hit the play button anyway - this guy's taken the trouble to e-mail me a link so the least I can do is give it a cursory listen, right?
Hang on, what's this massive wave of heavenly, vintage Radiophonic synthesizer that greets my ears? Have I mistakenly been redirected to some new Jon Brooks project? Wait, now it's turned into Gary Numan on acid - what is going on here???!!
As you may have gathered Prevrat's "Symbols" is a surprising beast - a diverse take on vaguely eightiesish synth-pop with plentiful washes of psychedelia that won me over within seconds. There are plenty of big name artists on major labels attempting to marry synth-pop with psychedelia in this fashion, and to my mind Ric Gordon's solo Prevrat project has quietly gone ahead and trumped them all - it's that good.
"Abandoned" filters in a wistful Flying Nun influence that fans of the Bats will go nuts over, "I You Two" combines irresistible amounts of guitar jangle with a robotic shuffle, while "Safe Distance" adds a lo-fi industrial sheen.
Oh, and that list of tags that initially made me think that Gordon couldn't decide what he wanted to do, and was trying to appeal to pretty much everyone? Turns out that he's selling himself a bit short - he's mastered every one of those genres here and more.
Essential.