The Road to Suicide/Spökraket Split Review 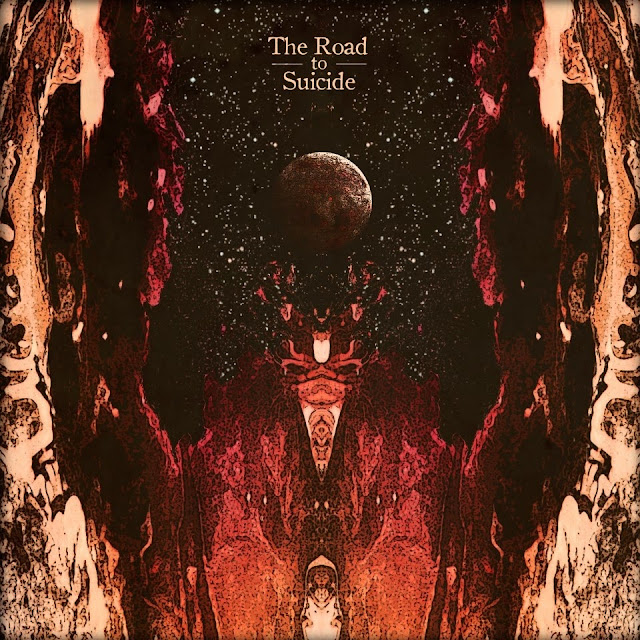 Levitation Records have bagged a winner here with this self-titled album length split from two of Denmark's best new psychedelic bands - merely the tip of the iceberg from what I'm told is a very exciting local scene which I need to hear more of if this is anything to go by.
The Road to Suicide's side starts impeccably with "Sleepers (Sort Sondag)" a massive piece of shoegaze laden psychedelia that's all slowburning glacial beauty with ever-building intensity that owes a debt to Verve (before they became "The" Verve) and is all the better for it. Pretty powerful stuff for an opener and a hard act to follow you'd think, but their other two tracks here don't let the standards slip even a notch, with "Before Lexington" picking up the pace and the percussive jam "Looking for Water" introducing sitar and didgeridoo into the mix.
Spökraket obviously have some big shoes to fill on side two, and "Climb So High" sets the atmosphere nicely, sounding like a vintage piece of krautrock being played at half speed with a demonically possessed Jim Morrison initially on vocals, contrasting nicely with the female vocals that enter part way through.
"Repetition Will Save Your Life" drops the atmospheric melancholia in favour of a more upbeat and aggressive sound built on an unlikely but highly successful blaxploitation hi-hat riff and rumbling walls of bass and guitar.
Danish psychedelia appears to be in very good hands.