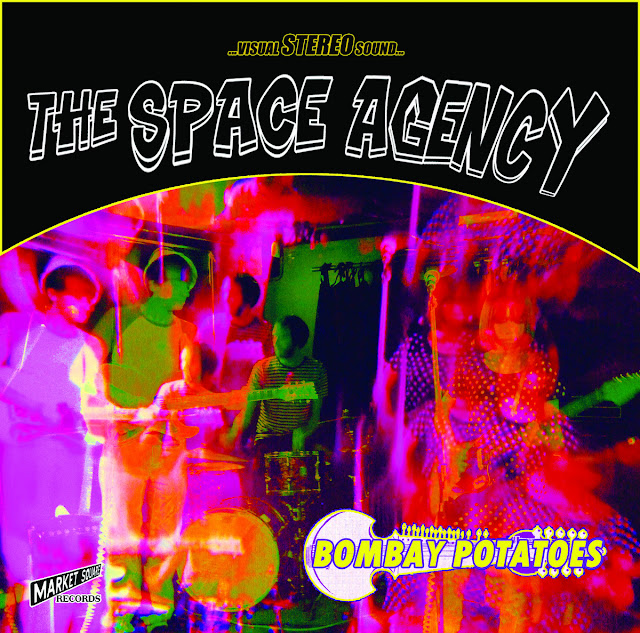 The latest signings to Paul Messis' Market Square Records (home of amazing recent singles by The Young Engineers and Messis / Sufis collaboration the Market Squares) are Sussex based instrumental beat combo The Space Agency who have a debut 7" "Bombay Potatoes" due out on August 26.
The Ventures released a couple of slightlydelic LPs in the mid to late sixties that attempted to marry their surf rock leanings with vaguely eastern based psychedelia which were sporadically successful, but more often than not a little lightweight.
The Space Agency work this same angle, and not being a bunch of squares, do it a whole lot more successfully.
A-side "Bombay Potatoes" is an evocative, paisley-tinged, surf raga (!) with sitar a-plenty and a scorching eastern fuzz solo, while B-side "Purple Power" ramps up the reverb to authentically vintage levels for a more traditional sounding piece of early sixties surf with all the twang you could possibly need.