The Giallos Flame "The Analogue Bazaar" 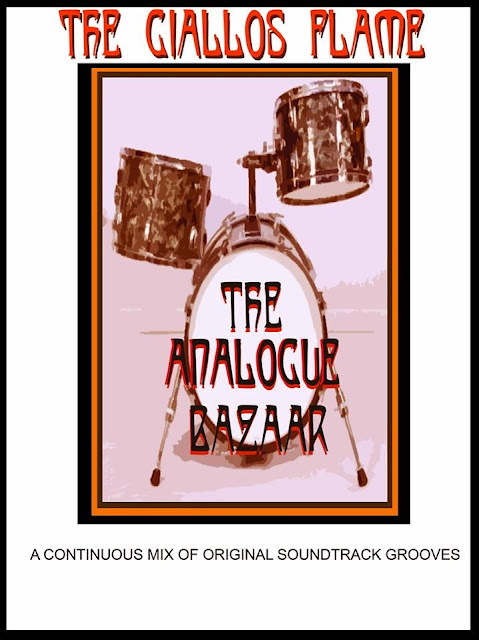 With a name that makes it pretty clear exactly what he does (and presumably pays dividends with Google searches and the like), as well as a large, and consistently great back catalogue, the relative obscurity of Giallos Flame (AKA Ron Graham) is a puzzling dilemma in serious need of rectification. 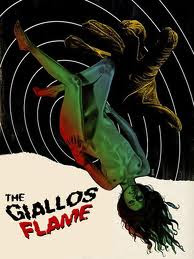 As you've probably gathered Ron is a devout follower of Italian cinema of the seventies / eighties persuasion and his own music plays like the soundtrack to a film that you can't help feeling disappointed doesn't actually exist. All of those names that are uber-cool to drop - Goblin, Morricone, Bruno Nicolai, Nora Orlandi are effortlessly conjured, but never aped in Ron's music.
"The Analogue Bazaar" is his latest release - a continuous suite of sleazy funkiness that covers a ridiculous amount of ground seamlessly and in a short space of time.
Menacing, staccato strings mingle with funky library style drumbreaks that rarely give up (this is a crate-digger's dream) before giving way to burbling synths and tense soul-funk guitars. Vintage radiophonic synthesizer sounds make their presence felt, and add a welcome space-rock dimension, which gets trippy as hell around the halfway point, before stepping sideways into the land of prog on their way back to the climactic string and synthesizer crescendoes that signal "The Analogue Bazaar"s fade to black...
Definitely one of Ron's more relentlessly upbeat offerings, this seamlessly balances the sleazy end of the giallo spectrum with the more synth laden eighties output of Goblin / Lucio Fulci et al, with total aural authenticity every step of the way, and an implicit understanding of the relationship between menace and funk that few have such a mastery of these days.
Essential listening for fans of funky library obscurities, terrifying prog / psych and especially those who enjoy the odd recreational descent into nightmarish seventies soundtrack heaven/hell.

Available straight from Ron through this link (along with the rest of his back catalogue - gems all.)

There are no soundclips available from this online so far, but you can check out some nice Giallos Flame material on their Soundcloud page here.