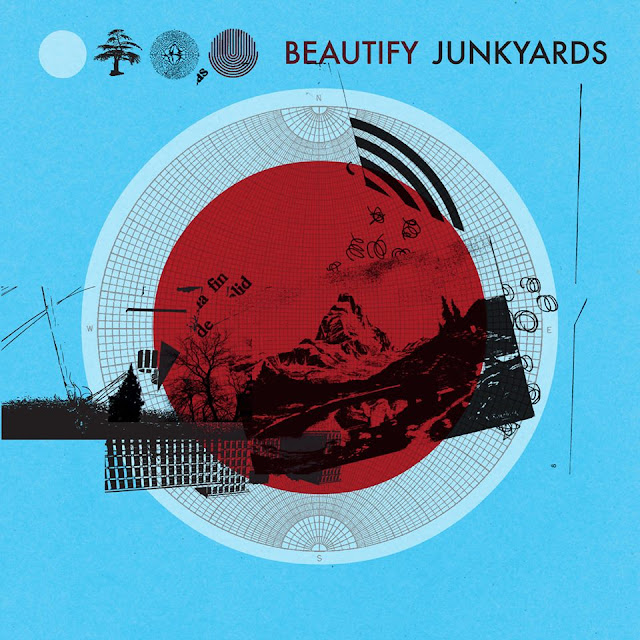 In the days of old, it wasn't unusual for bands to release debut albums made up exclusively of covers (Vernon Joynson's "Fuzz, Acid & Flowers" is chock full of garage / psych covers albums that now go for at least triple figures), but it seems that this approach is frowned upon now, which makes this self titled debut by Lisbon psychedelic folkies Beautify Junkyards not only something of a rarity, but also a fairly convincing argument that you can say something fresh and original by recasting someone else's words in new ways.
Following on from last year's excellent debut 7" on Fruits de Mer (both sides of which are included here), this is a bold and creative statement from a group with exceptional taste, and an implicit awareness of which songs will best suit their approach.
Sourcing their material exclusively from albums originally released in the sixties and seventies, they lean heavily on acknowledged folk classics (Nick Drake, Donovan, Roy Harper), as well as a few artists with more of a cult following (Vashti  Bunyan, Linda Perhacs, Heron, Bridget St. John).
While this might sound like the bedrock for a fairly 'straight' vintage sounding folk album, Beautify Junkyards simply do not roll like that. While the basic structures often differ only slightly from the originals, the devil is in the details. "Rose Hip November" is awash in soothing, spectral keyboards with dramatic percussion entering towards the conclusion that instills this otherwise unassuming and gentle Vashti Bunyan composition with an unexpected sense of grandeur. Similarly, their take on Nick Drake's "From the Morning"still emphasizes the nimble fingerstyle guitarwork of the original, but adds some lovely pastoral keyboard flutes, part BBC Radiophonic Workshop, part contemporary folktronica in a fashion that Tunng would certainly have approved of a few albums back.
You get the idea - familiar tracks (Another Day, Parallelograms etc) recast through a psychedelic prism that takes these well loved songs into unfamiliar and often beautiful places. Plus there's a lovely crystalline version of Kraftwerk's "Radioactivity" that you have to hear to believe. What more could you want?

"Beautify Junkyards" will be released in September, but is already available on Spotify, click here to tune in.

You can also hear "From the Morning": here: