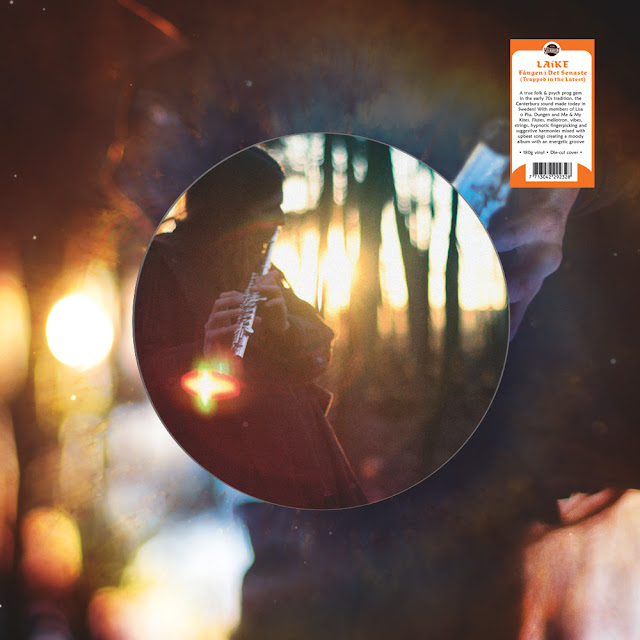 You'd think from the psychedelic music that's been emanating from Sweden over the last half decade or so, that entering the country would involve not only a geographical shift, but a temporal one. With the vintage atmosphere so masterfully conjured by the likes of Dungen, Me & My Kites, Slowgold and Witchcraft on their releases, it's clear that there's an abiding love for more simple times in the country's musical counter-culture which Sweden's artists have a unique knack for capturing on tape.

Which makes it all the more perplexing that the title of the latest album from Christofer Ståhle, or Laike as he calls himself as an artist, translates to "Trapped in the Latest". Ståhle, if you hadn't guessed, is another of these early seventies obssessives, and this, his second album, couldn't be further away from being trapped in the latest if it tried. In fact, upon listening, I'm not convinced that Ståhle has even heard any music created since the mid seventies, which far from being a criticism, is one of the album's key strengths.

With the aid of various members of Dungen, Me & My Kites, and Lisa O Piu, Ståhle has created a lovely suite of relaxed, communal psychedelia, with distinctive elements of Canterbury prog, folk-rock, and progressive jazz finding their way intuitively into the mix, in a true melting pot approach which sees musical forms shifting and changing nebulously so that things never seem too clever, although more often than not, they are very clever indeed. Apart from the relaxed and informal interplay between the musicians, this can largely be attributed to the quality of the songs. No matter how complicated things get, they're always anchored by effortlessly great melodies, which sink their hooks in, despite the language barrier.

Unusually great, this is an album which succeeds on more than one level, and sounds exactly like the sleeve would have you believe it does.

Available as a vinyl LP with lovely die-cut cover, or digital download - both through the link below, where you can also stream four tracks (which should be enough to get you reaching for your credit card).