Nine Questions with the Heartwood Institute 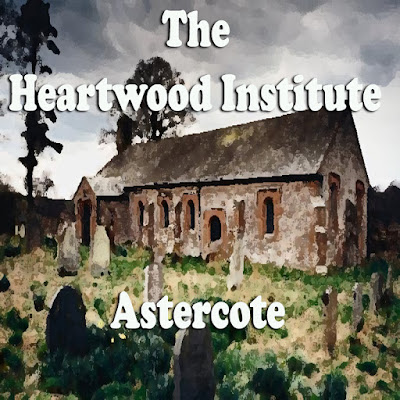 What was the first record you bought?
I had a walkman a long time before I had an actual record player, so I bought all kinds of embarrassing stuff on tape, but I’m pretty sure my first actual record was Black Sabbath’s Paranoid album.

What was the last record you bought?
The new Pye Corner Audio 10” that just came out on Death Waltz Records.

What's one thing about you that very few people know?
Unless they are also industry friends…. I actually write library music for a living and one of my claims to fame….. there’s a strip club scene in the movie Bad Santa, well that’s one of my library tracks in the background.

If you could record with any one artist who would it be and why?
I think it’s got to be Delia Derbyshire, I’d just love to know how she achieved what she did with practically nothing more than manipulating tape.

Who should we be listening to right now?
At the moment I’m very much liking The Hare And The Moon’s Wood Witch album, and the new CD from The Eccentronic Research Council. At the rockier end of things, I’m still blown away by Six Organs Of Admittance’s Hexadic album and the new Sleater Kinney. So I guess you ought to check those out. But, by and large, everyone should listen to Magma. Regularly.

Vinyl, CD, digital or cassette?
For the sound vinyl, then probably CD, but digital for convenience and portability. That said, I’m proud to still own a cassette deck and a lot of tapes. In fact I still have a Minidisc player and a DAT machine. I guess I collect defunct technology.

Tell us about your latest release.
The latest Heartwood Institute release is Astercote (name your price/free download below). It’s an imagined soundtrack to the book of the same name by Penelope Lively. I’ve been re-visiting a lot of the books of I remember reading and enjoying as a teenager. As I was re-reading it, it just seemed like there was such strong imagery there, that it immediately sparked the idea of making a soundtrack to go with it. I wanted to make something that was influenced by some of my favourite 70’s soundtracks : The Wickerman, Get Carter, that kind of thing. But also the more out-there TV soundtracks I remember too, from things like The Changes, Children Of The Stones and the original Tomorrow People. I guess I kind of identify those sounds with the time I originally would have been reading the book, during the late seventies / early eighties. So I set out to create something that hopefully sounded like it could have come not just from the period, but from 1970, the year the book was originally published. Hopefully you’ll agree.

What's next for you, musically?
I have a number of plans afoot for more Heartwood releases. There will probably be more “imagined soundtracks”, there’s certainly no shortage of material to inspire those. But the other big inspiration, which features on the first two ep’s, are the places, the history and the folklore of the English Lakes. So I’m pondering the best way to focus that and shape it into a more specific release of some kind. My biggest issue is trying to find the time to actually do it, as I have a pretty punishing work schedule right now.