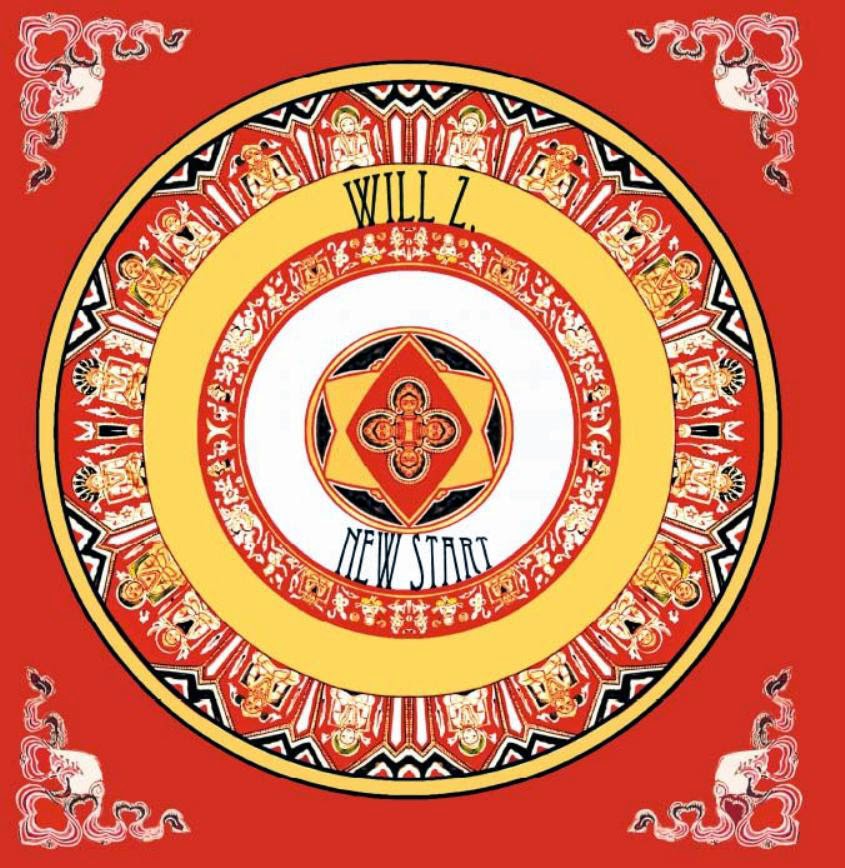 Will Z is an indecently busy fellow. You'd think that between making albums with his band Cosmic Trip Machine, collaborating on the cult favourite The Book of AM, and producing absolutely stunning acid-folk gems like Alice Artaud's "Ouroboros", he'd be keen for a bit of a nap when the chance arose. And it'd be well deserved, but apparently unnecessary, as he has somehow found the time to produce this extremely interesting solo album, featuring guest appearances by a slew of notables, such as Trappist Afterland's Adam Geoffrey Cole, and dearly departed Gong figurehead Daevid Allen in one of his very last recorded performances.

Composed as a tribute to his newly born son, and inspired by Jain philosophy this is a lovely piece of head work. A mostly instrumental album, it brings to mind the exotic experimentation of Island era Jade Warrior albums, full of floaty, flute-laden passages, interspersed with grittier psychedelic moments which channel "Saucerful of Secrets". "Jain Devotion Parts I-III" is a sort of compact thirteen minute representation of what to expect from "New Start", featuring all of the above, as well as some absolutely stunning vintage synthwork, and a really lovely vocal section which gradually becomes enveloped in a mesh of drones and flutes. Elsewhere "Namo" adds a sense of unease, finding a middle ground somewhere between "Tubular Bells" and "Profondo Rosso", while the closing "Jain Devotion Parts IV-V" sizzles with its wah-wah guitar passages spitting and hissing dangerously, like a trapped animal.