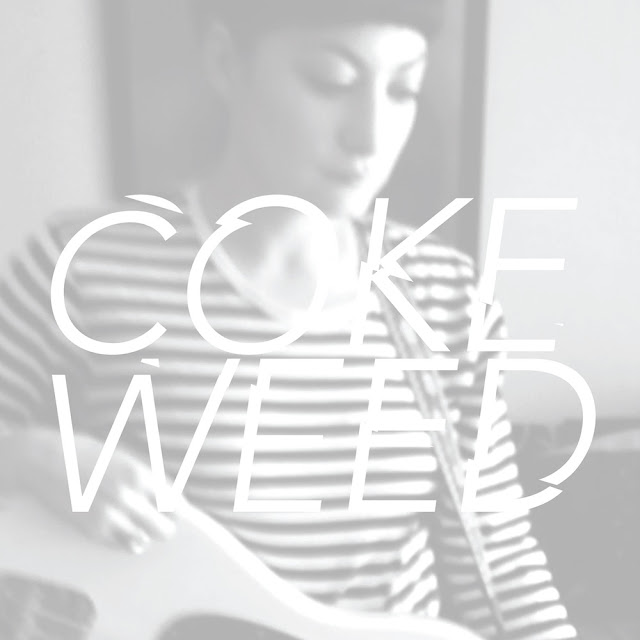 Coke Weed really takes you for a ride with their new album. “Mary Weaver” hits that spot in your brain that makes you crave more. It would seem that the band’s name fits very well with their habit-forming sound. They really cover a lot of ground with this album, all the while exhibiting the sound that makes them Coke Weed. Sometimes the chucking guitars flow into your ears and make you think of Thee Oh Sees or Ty Segall. Other times, they throw a twangy, surf-rockin’ guitar in your face and the bass punches you in the gut. The drums never miss a beat and they really add to the full sound the band achieves.

The first half of the album starts off with a strong Indie Pop Rock vibe and reminds me of a cross between Belle and Sebastian and Goat. “The Chill” feels like water moving around, then rushes over you, building up again and splashing down all around you. Not to mention the super sexy “Awe” which echoes over and over during the song. Really turns your mind on…….ya, your mind…..that’s it.

“I Could Be So Real” begins with the classic “One, Two, Three, Four” sounds from the keyboard you had when you were 10 years old. I really dug what they did with that. A great intro for a really great song, with hints of Talking Heads influencing the overall sound.

Later in the album “Shortest Night” and “New Jive” kick things into a heavier drive. Dipping deeper into that grungy psychedelic sound. “Honky Tonk Man” takes this vibe further into the darkness, with a driving sound and slow, methodical, guitar riffs.

“Fleece” is the bridge between the heavy stuff and the fluffier end of the album. A beautiful instrumental that leads into the calming riffs of “Dandelion”. A great end to a groovin’ album. It leaves you wanting more, but satisfied with what you have.

If you haven’t tried Coke Weed before, give into the pier pressure and catch that rockin' buzz!

Vinyl, CD and digital available through the link below - shipping Oct. 9