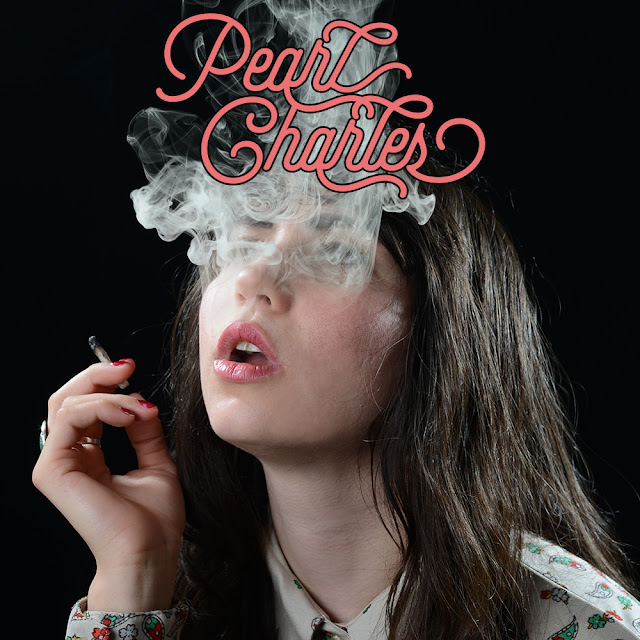 A couple of years back I reviewed the Blank Tapes excellent album "Vacation". While all of the material on "Vacation" was written by chief Blank Tape Matt Adams, there was another presence on the album that threatened to steal the show; Pearl Charles, who supplied the albums quirky percussion and provided lead and co-lead vocals on a number of the album's standout tracks.

Fast-forward to 2015 and Pearl has served her apprenticeship with the Blank Tapes and moved on, and now confidently steps into the spotlight with her solo debut. Recorded over a number of different sessions, with help from Matt Adams and Active Listener favourite Joel Jerome (among others), Pearl's sef-titled debut is - I'm sorry, but there's no other word for it - a pearl.

On hearing this material, the NME said "Think of Pearl Charles as a stoner Lana Del Rey or a Jenny Lewis with grit", and it's not an enormous stretch of the imagination to imagine Pearl reaching the heights of popularity shared by those artists. The impressive thing about this EP, is that Pearl hasn't had to abandon her love of classic sixties / seventies rock to make this happen.

This is immediately apparent on opener "Night & Day", opening with a chiming Rickenbacker - pure Byrds style - with lashings of sitar finding their way unobtrusively into the mix a bit later on. Nothing unusual there of course, frequent visitors to the Active Listener will be used to hearing these sorts of arrangements, but where Pearl trumps the revivalists is on the strength, and style of her songwriting. The hooks here are huge and much more universal than the majority of her peers - the sorts of hooks that are likely to land fans of Jenny Lewis, Ryan Adams and the likes. And having that voice certainly won't do her any harm either.

There's plenty of variety on show here too -  a diverse melting pot that takes in vintage psychedelic / folk-rock, Americana, Laurel Canyon and unabashed Fleetwood Mac style seventies pop-rock. In fact, the only complaint I can furnish is that with four more tracks of the same quality this could have been a really great debut album, which would have perhaps given her a better chance of reaching a much wider audience. But it's good to be left wanting more, right? And I want a whole lot more of this. Really great.

Available digitally below (with full stream), although Burger's cassette release seems to be sold out already. Boo.