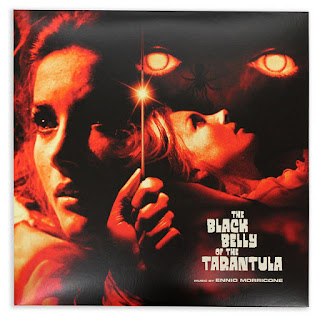 Here's a bunch of links to interesting goings on around the internet that we won't be covering in any greater depth, but which are well worth taking a look at. I'll try and post one of these updates each week.

Eric Adrian Lee (who has supplied numerous covers for our samplers) has been working on a number of pieces for the Death Waltz Recording Company lately. His latest is for a limited edition 500 copy double LP edition of Ennio Morricone's superb LA TARANTOLA DAL VENTRE NERO (BLACK BELLY OF THE TARANTULA). The LP is available exclusively through the Death Waltz / Mondo Tees website here.

The Owl Service need another £350 or so in the next 58 hours to help fund a vinyl release of their new album His Pride. No Spear. No Friend. Check it out here.

The Hanging Stars have a fabulous new 7" out on the Great Pop Supplement. I'll be reviewing it at some point, but you need to know about it now, because it'll sell out extremely quickly. The fine folks at Norman Records have copies for sale here, and you can watch the video here. Nice innit?

A teaser for a vintage folk-horror soundtrack out soon from Villa 9.

Tom Furse from the Horrors has dug deep into the largely unexplored Southern Music Library, and compiled the best bits on Tom Furse Digs. We also dig it. Roger Roger, Nino Nardini, Johnny Scott and more. Stream it here. 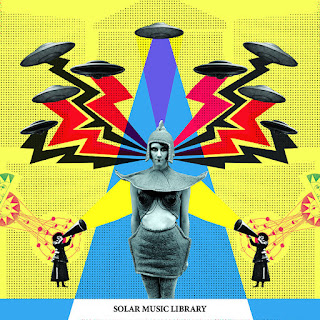 Sendelica have put together an excellent collection as a refugee fundraiser, featuring, among other things, an alternate version of 10,000 Words in a Cardboard Box by the almighty Twink. Check it out here.

Geoff Barrow's BEAK> have scored the soundtrack for upcoming feature film Couple in a Hole. Read about it here on the Quietus.

The Heads have compiled the best bits from their three hard to find Time in Space tour E.Ps on a double LP set which the Norman Records people are selling at a rapid clip. While you're at it, check out the Heads bandcamp page for a selection of other rarities from their vaults. 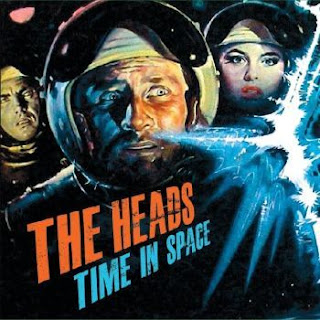 Trappist Afterland's new vinyl album Afterlander sold it in a 'you-blinked-and-missed-it' fashion, but there's a very limited run of CD-R's available here for those who have a physical need.

John Carpenter's Lost Themes album now has a remix companion. Lost Themes: Remixed is not the most imaginative of titles, but the contents are impeccable.

Spanish label You Are The Cosmos have another batch of excellent vinyl releases out soon. Our picks of the bunch are this Blue Ash double LP, and a 7" from mad Wings-lovers Dr Cosmo's Tape Lab.

And lastly, old news, but I'd missed it so you may have too; Active Listener favourites New Electric Ride covering Tomorrow's Hallucinations.