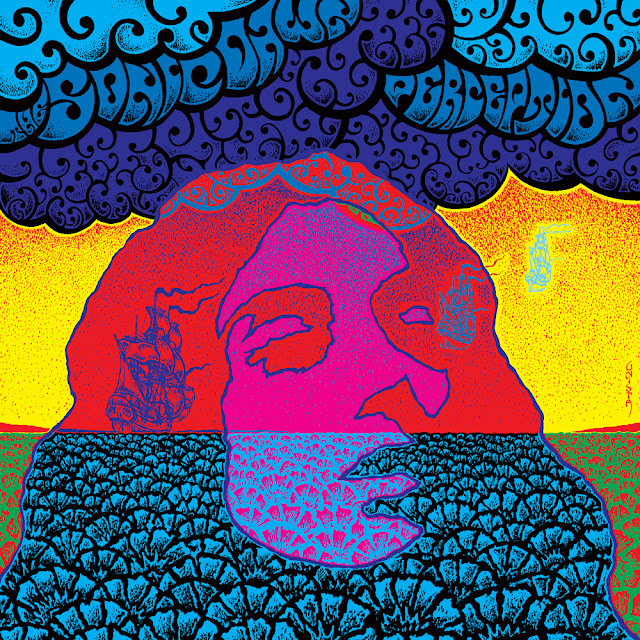 The Sonic Dawn (formerly The Mind Flowers) is a Copenhagen-based psychedelic blues collective with occasional folk flourishes. They seem to be channeling that cool West Coast sound from the late 60s on their latest Nasoni Records release "Perception", combining obvious Hendrix and Love influences. At least, I am reminded of those groups as I comb through the ten tracks here. They are just shy of being a jam band, but the songs aren’t really long enough (thankfully) to merit that label. Can anyone tell I am not a big fan of jam bands? No matter, what we have here is a really nice example of this genre, with accomplished musicians playing their hearts out.

Opening track “An Easy Heart to Break” has cool, vintage organ and tasty blues licks, while “Lonely Parade” is a blissed out sonic “mind flower”, unfurling as the song progresses, with some licks reminding one of Thievery Corporation. “All the Ghosts I Know” is your standard blues outing, while “The Mustang” is classic garage rock with handclaps, surf guitar, and even a sitar! The band somehow make all these seemingly disparate elements meld together effortlessly. Definitely a standout tune!

“Wild at Heart” starts off in fine spaghetti western form before it morphs into a bluesy stomp. What is cool is that the band dips back into Ennio Morricone territory a few times. “It’s Tomorrow” is a cool tune with a fast moving riff, and I can’t really put a finger on who it reminds me of. But I do appreciate the sonic heat shimmers thrown in, plus the 12-string guitar! “Howlin’ Moon” sounds like its title, and is a well-executed slice of bluesy rock. “Watching Dust Fall” has a special vibe, cool and mysterious and I just love the light cymbal work in the background. “Fading Soul” closes out the album, and this is the tune where the guitar seems influenced by Jimi! Maybe it’s just the feeling I get when I hear music like this more than an actual influence, but the band could do a lot worse than having Hendrix among their musical heroes. I enjoyed this record, and think fans of the genres mentioned herein will as well.

Out late October on lovely, yellow vinyl as well as digitally. Pre-order or stream here: