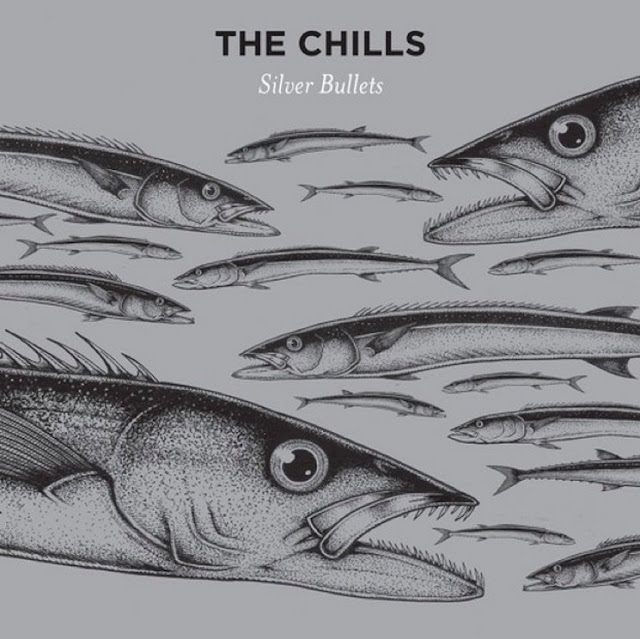 It’s been nearly two decades since Martin Phillips and his band have released any new music on an international scale, and I am happy to report that the wait was worth it. This is their best album since 1987’s "Brave Words", one of my favorite albums of the past few decades. The album starts off oddly, with the symphonic “Father Time”, which quickly jumps into classic Chills with “Warm Waveform”. I love its almost casual air, with swirling keys and warm guitar lines, paired with Martin’s wonderfully familiar voice. The title track hearkens back to the "Kaleidoscope World" era, with moody organ washes and Martin’s penchant for great lyrical content. “Underwater Wasteland” is the album’s masterpiece, pensive and full of messages about how humans are ruining the planet. As with classics like “Pink Frost”, Martin manages to evoke the same emotional feel as that long ago song, sounding sad and angry all at once. It is easily my favorite track here, with its warm waves of organ, and sentiments I agree with entirely.

“America Says Hello” is another great psych pop song, somewhat political but also filled with the wonders of the world. I really enjoy the ability Martin has to lay down scathing words that are tempered by sumptuous melodies. The band really rocks out on this one as well, revealing themselves to be a tight knit unit. “Liquid Situation” is a short tune, drawing you in just when it ends, leaving the listener wanting for more. “Pyramid Moon” starts off with ominous bass that is softened by chiming keyboards and Martin’s whimsical lyrics. It almost reminds me of a lullabye gone dark! Again, this one is strongly reminiscent of Martin’s very early material, and the band strings it out to an epic eight minutes. I love the subtle way that the drums were recorded here, and also the way the song shifts gears at the five minute mark. “Aurora Corona” follows on in splendid fashion, once again reprising the theme of nature rebelling against mankind. “I Can’t Help You” is pretty and catchy and moves through swiftly, while “Tomboy” swells with lush harmonics. “Molten Gold” is reworked here from their earlier single, and this version is just as swell as the original. Martin’s charmingly accented singing works well throughout this new release, and the entire album is a musical triumph for one of New Zealand’s favorite songsmiths. Look for the band to tour following the album’s release in late October.