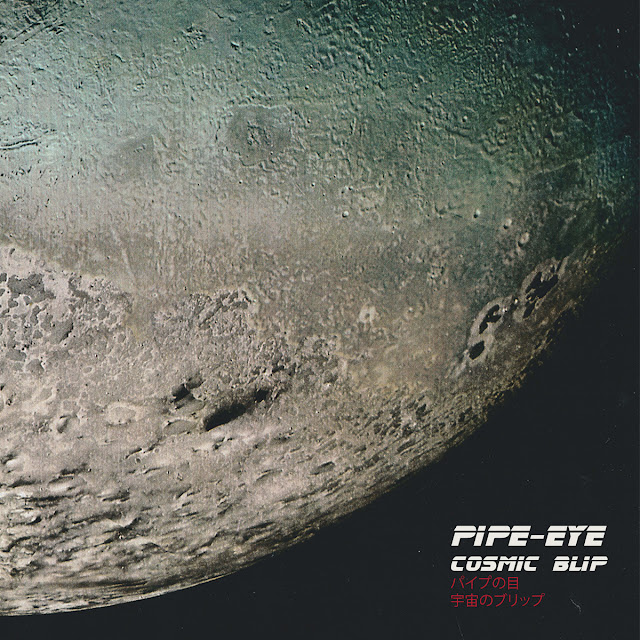 Australia historically has had an ambivalent relationship with psychedelia. One suspects that the larrikin spirit upon which it was founded may have meant that dropping LSD and becoming a pilot of inner/outer-space was never a viable cultural pursuit for much of the 20th Century. So despite well documented flares of dabbling in the late 60's, late 70's and yup, late 80's, the wave has never threatened to subsume the other musical genres beloved of the nation and its young folk. Until now. Australia is fast becoming the central point for great psychedelic music as a succession of bands take what had only really been hinted previously and are now wild in the streets and running amok with acided-out kaleidoscopic sonic architecture, the likes of which we have rarely seen before. The latest antipodean masked marauders to dive Into this day-glo maelstrom are Pipe-Eye, who may or may not have strong connections to countrymen King Gizzard & the Lizard Wizard, and who bestow upon us their majestically wasted debut mini lp "Cosmic Blip".

This is real deal psychedelia that takes the active listener on a journey out past the Kuiper Belt and the heliosphere into deep interstellar space. Cleverly in this writers opinion Pipe-Eye achieve this, not by cosmically heavy, motoric, droney 20 minute jams but with an intoxicating mixture of very short yet mind melting sound-scapes that tear at your sense of time and distance (the cosmic blips of the title) and some of the best short sloppy/ poppy psychedelic tunes I have heard this year. Or indeed in many. This is uniquely wobbly, happily twisted, garage psych madness and I find myself being repeatedly sucked up into their wonderland of sound. Pipe-Eye are pushing the envelope, and the envelope is stuffed to the gills with hallucinogenic drugs, and you dear listener, will find yourself raving and drooling as you gorge yourself on them. 'People Move Along' manages to be both incredibly jolly and hugely disconcerting at the same time, its Sesame Street lyrical outlook underpinned by the kind of simple psyched-out guitar lunacy that has you scrambling for a mirror to see whether you are still on planet earth or have actually been abducted by aliens from the planet ZONK. I am reminded of some of the more demented outings on Greg Shaw's masterful 'Pebbles' series, this song (and the others) certainly wouldn't sound out of place squeezed in between titanic 60's adventurers like The Calico Wall or Beautiful Daze. 'All That' is cosmic lounge music of the highest calibre, their inner-speakers turned to the max and their impalas well and truly tamed. Its real hall of mirrors stuff, with the sea-sickness of the vocals adding a lovely topping to the pitching back and forth of guitars. 'Tick Tock' retains the template with its insanely catchy and insistent two note riff and 'phasers set to stun' keyboard stabs. After some more sonic interludes, we arrive at our last stop on the ride, the utterly lunched out "The Way She Walks (on the Moon)". By this point you have lost all sense of time, of space and you are pathetically addicted to that wobbly guitar drone and stoned vocal delivery. Resistance is utterly futile. You have been commandeered by the Pipe-Eye Star Fleet. Relax and enjoy the trip.

Quite where Pipe-Eye go next is anyone's guess, they are already as far out as most would venture and can you really make a more stoned record than this? Will they ever come back from the world of LSD? Maybe, but the benchmark set here is high. Really high. 'Cosmic Blip' is a truly groovy record that soaks up the spirit of the first wave of psychedelic garage pioneers and mashes it up into a new plate of mind food. You really should get hip to this.

Available on limited vinyl or digital from the always reliable Flightless Records. Pipe-eye equals The Jetsons on acid. Ladies and gentlemen, they are floating in space.