The Left Outsides - The Shape of Things to Come 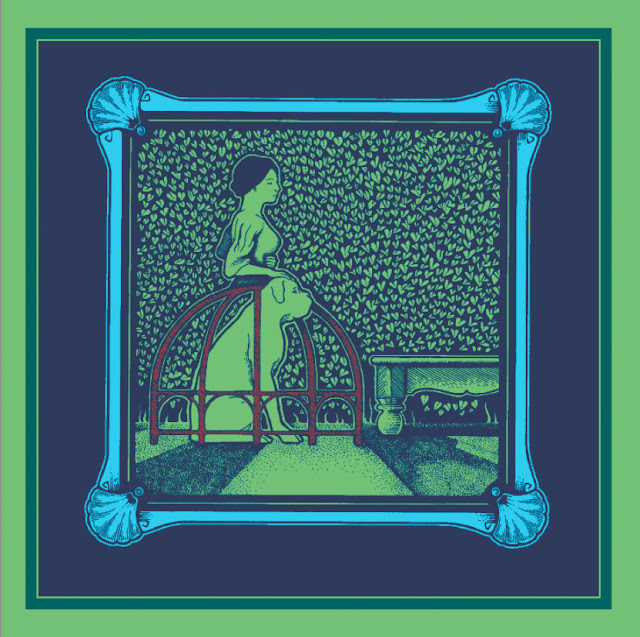 The Left Outsides, husband and wife Mark Nicholas and Alison Cotton, may be known to lovers of quality contemporary acid folk as previously being an integral part of The Eighteenth Day of May who sadly are no more (others may be aware of Alison’s work with Plinth who also feature Michael Tanner of United Bible Studies). ‘The Left Outsides’ however more than fill the space left by their alumnus and then some. ‘The Shape of Things to Come’, mixed by Martin Noble of British Sea Power and Graham Sutton of Bark Psychosis, is quite frankly an astonishing accomplishment and easily stands already as a high musical watermark of 2015. Containing, in the bands own words, ‘modern-day murder ballads, 60s beat psychedelia and outsider folk, with music and lyrics inspired by memories, dreams and Gregorian chants’ this is an essential listen for lovers of Nico, Pentangle, Fairport Convention and the cream of classic underground acid folk such Mellow Candle, Comus and Caedmon. This is an album of rare quality, immediacy (whilst containing layers and depths which become more and more apparent on further listens) and maturity; quite simply The Left Outsides are arguably one of these island’s most crucial current folk outfits and one which is both assertively and effectively spearheading the taking forward of both the psyche and wyrd aspects of this genre.

The album opens with 'The Third Light', a mariachi tinged wonder which merges gorgeously doomed viola with Nicholas's emotive vocals in a folk flavoured flamenco of drama and intrigue. Reminding this listener of the superb Handsome Family, it is an epic and wide-screen opener to an ambitious and varied album that consistently delivers genuine emotional contact. Alison Cotton takes vocal duties on 'To Where Your Footsteps led', a haunted and ghost filled lament that combines a heart breaking vocal performance with funereal drums, chimes and weeping strings. It is a deeply impressive piece, the sheer sweep of graceful grandeur and wraith like beauty is breathtaking (and is for this listener, one of many highlights on the album). 'Ring Out The Bells' is a twisted murder ballad that utilises the deep tolling of drums and guitar as a funeral bell, viola wisping around first Nicholas's and then Cotton's voice in a backwoods Gothic tale with immense power and tension. This is storytelling at its finest, which the likes of Cave, Oldham and Waits would surely be satisfied with.

'Fallen By The Wayside' is an acid folk gem, slide guitar and layered vocal harmonies shimmering and drifting across a beautifully melancholic melody that will be returning to your memory for days afterwards. Fans of Faun Fables, The Gentle Waves and The Walkabouts take note; you will adore this album. The instrumental 'Stargazer' (later reprised further on) is a string drenched and reverbed treasure that sounds like it was recorded inside a church built inside a cathedral, the echo ethereally weaving in and out of each note. 'Unopened Letters and Unanswered calls' recalls Broadcast in its psych pop perfection and bursts of acid flecked guitar, showcasing The Left Outsides easy ability to fuse acidic folk with a highly melodic 60s psych sensibility. Special mention must go to Cotton's crystalline vocal performance which adds significant shades of sophistication and emotive pull to the songs, as does her viola playing which expertly casts moods and dramatic airs across the album. 'Through A Keyhole' is a dark country classic, a perfectly formed slice of spectral Americana whilst 'Always The Last To Know' is a heart worn stomp infused with chiming mandolin and huge, chilling crashes of percussion and string led tension. The Left Outsides know how to tell a story with heart, tears and dark, twisted drama.

'Deep Rivers Move In Silence, Shallow Brooks are Noisy' begins with a gently picked guitar and Cotton's choral vocals, painting an immediate picture in the mind of the listener, something the band excel at (someone wise would sign them up for a film soundtrack and soon). A sorrowful and sombre loveliness permeates the song, autoharp and subtle piano notes joining the delicately swaying melancholy before swathes of electric guitar cathartically enters. It is a heartstopping moment. 'Out of Time, Out of Place' is a psychedelic jewel complete with hand claps and sepia, nostalgia filled squalls of fuzz guitar There is something otherworldly about The Left Outsides, something outside of the ordinary and the pedestrian; these songs are flecked with magic and wonder, 'You Told Your Secrets To The Sea' being a case in point. A sixties beat underpins perfectly formed slivers of guitar and Cotton’s dreamlike vocals, a perfect marriage of pop sensibility and willingness to experiment with genres. The album ends with the title track, a triumph of glistening guitar, vocal harmonies and heartrending strings that feels like a summation of the album itself, being filled with the air of uplifting melodic melancholic beauty that pervades throughout this release.

Rarely does an album appear that feels as much like a fully formed classic recording that is assured of its place in the hearts of listeners twenty years from now. And yet ‘The Shape of Things to Come’ is such a recording. By referencing the rich vein of underground folk and psych experimentalism that has gone before and yet also firmly establishing its own unique and entrancing stamp and identity, this release and The Left Outsides themselves have found themselves at the forefront of the new folk revival.

Available now as a limited edition vinyl run of 300 copies only, with beautiful and intricate artwork as well as a download from the Dawnbird label.