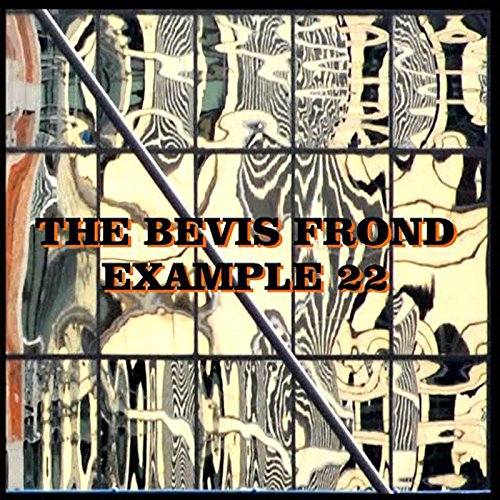 Psych warlock The Bevis Frond (aka Nick Saloman) began his unique and enthralling lysergicaly tinged musical journey way back in 1986 with his stunning début ‘Miasma’, funded by compensation from a horrific motorbike crash. Countless masterful forays into psychedelic waters have emerged since (of which this is number 22), not least 1987’s truly tripped out ‘Inner Marshland’, 1990’s sprawlingly ambitious ‘New River Head’ (featuring Barry Dransfield on violin) and 1997’s more lo-fi and reflective ‘North Circular’. A quiet legend who seems to have constant ideas, concepts and melodies dripping and spilling out of him, Saloman is also a fiercely brilliant live performer whose incendiary shows are a must see. With new opus ‘Example 22’ The Bevis Frond continue on their singular yet celebratory path into the paisley patterned unknown and add to their legendary status by producing yet another essential and classic Saloman release. Some things clearly just get even better with age and time.

Opening track 'Are We Nearly There Yet?' launches on a howling, pulsating guitar hum before settling into the angular bursts of dark psych rock that The Bevis Frond do so well, Saloman's emotive and plaintive vocals spread over a guitar workout that recalls Black Sabbath at the song's fiercest and bleakest moments. It's an explosive and stall-setting beginning to an ambitious and consistently engaging recording. 'Waiting For Sinatra' accelerates Husker Du-style into a full on psychedelic melodic thrash, the ghost of Hendrix jamming with Bob Mould, whilst 'Longships' slips into a more reflective mode, its beguiling melancholy and gentle wistfulness a genuine delight. Saloman's guitar playing as always is a key propellant in the Frond; fluid yet pleasingly jagged and always in service and thrall to the melody, it is the band's signature sound along with his vulnerable yet reassuring and inclusive vocal style. 'I Blame The Rain's caustic guitar riffage explodes out of the speakers, coming on not unlike Six Organs Of Admittance (who surely have sought inspiration from Saloman's work), a sense of dread and of oncoming stormclouds in its tightly controlled mania.

Other highlights of this extensive work include 'Winter Breaks', a propane charged assault that somehow amalgamates punk fury, 80's hardcore mentality and classic 70's psych to furiously powerful effect. 'Pale Blue Blood' is a stately and processionary march of heavy distortion, weary heartbreak and folk sensibility. 'Come With Us' sprinkles a jangle of shimmering guitar arpeggios that recall early REM or the Replacements in a truly gorgeous piece of perfect psych pop melody that ably demonstrates the Frond's ability to shift gear, style and emotive punch with seeming ease (and all with their distinctive stamp still present). 'Second Son' returns to the massive, Iommi-esque riffs whilst 'Vital Signs' is a piano led lament that raises the hairs on the back of your neck and carefully aches at the heart. 'Down Here's acoustic intro leads into blistering lead guitar which in turn shifts into Saloman's plaintive plea to the song's protagonist, his world weary and melancholic voice crackling with emotion. To close, the apocalyptic blues of the album finale 'Well' leaves a trail of scorched earth and blackened grass in it's wake as monolithic slabs of distorted soloing and massed riffs permeate and repeat throughout, a suitably dramatic ending to an album that both warms and excites with its fury, sense of nostalgic sadness and genuine sense of human frailty and feeling. This album contains no posturing, this is for real.

Example 22 is now available on CD and double vinyl and is highly recommended. Don’t just stop here either, take a trip into The Bevis Frond’s mighty back catalogue, sample from their rich musical tapestry on their extensive Bandcamp page and become a part of their journey. You will not regret it.

CD and vinyl available here (UK/EU), and here (US).