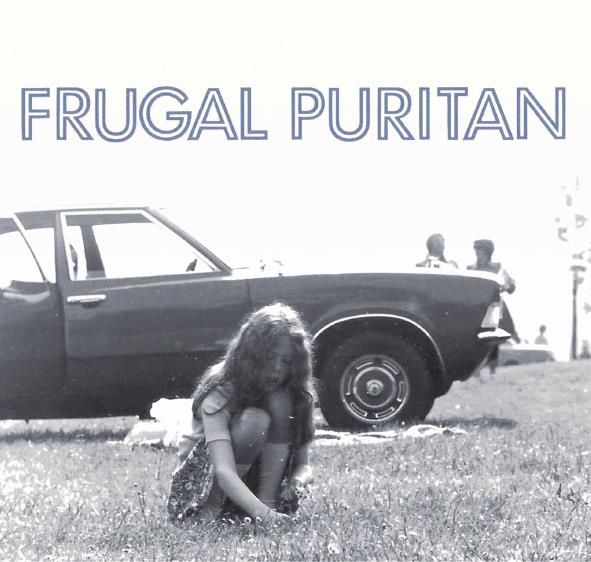 I've always been slightly baffled by the whole idea of Xtian acid-folk. I'm sure that music like this eased the transition for a number of longhairs finding their way to the Lord in the late sixties and early seventies, but message aside (and these sorts of songs do have a message, applied with sledgehammer subtlety), I've always been uncomfortable with how subversive it seems spreading an evangelical message via a musical outlet that partially aims to replicate a drug experience.
Nonetheless Xtian psychedelia and acid-folk has a smallish but staunch following amongst record collectors, partially down to the relatively small numbers these albums were invariably pressed in, but also occasionally because of the quality of the music they contained - these newly discovered tapes by the otherwise unknown Frugal Puritan fall squarely into both camps.
The backstory revolves around a Christian commune set up on a farm outside a small English village, led by a mercurial, evangelical figure referred to in the liner notes as Jimmy. Frustrated with the group's lack of success fitting in with the suspicious and conservative locals, and with their evangelical efforts providing few dividends the group slowly became more insular. Jimmy began using recreational drugs to aid him in his quest for God and introduced elements of Sufism and Crowleyism into his teachings. Naturally enough, things went pear-shaped pretty quickly and before long there was a mysterious fire, and the members of the group went their own ways never to be heard from again.
Or so the story goes.
These songs - recorded on the farm apparently - are seemingly presented in chronological order and chart the story of Jimmy's descent into confusion and chaos in a fascinating and sometimes disturbing fashion.
It all starts out innoculously enough with "Lost Son" and "Raising of the Dead" (sadly not a zombie epic) - pretty, straightforward folk songs with some lovely acoustic guitar work, and surprisingly emotive vocals from Jimmy, who often sounds like he's not going to quite reach the notes he's aiming for. The clunky, devotional lyrics are more of a challenge, but if you're a fan of this sort of stuff you know what to expect.
Which makes the darker, more ambiguous material like "North Street Reign", which may or may not be written from the perspective of a murderer all the more surprising (and welcome).
The instrumentation matches the increased lyrical depth too from this point with some beautiful backwards guitar work on "Jane, Coming Back Again" and some angry sounding fuzz guitars appearing to show some insight into Jimmy's increasingly disordered mind.
The epic centrepiece "Seven Stars" still comes as a shock however - a stunning ten minute plus psychedelic protoprog epic ripe with Thelemic imagery that could only be the work of someone on the brink of madness.
If you've delved into the world of Xtian acid-folk before and been disappointed, I'd recommend one last plunge here before you write off the whole genre.
Uneasy listening certainly, but a fascinating insight into a damaged mind.
Folk Police Recordings are releasing a limited run of 250 copies on CD through their Northwestern Series imprint. Order here.