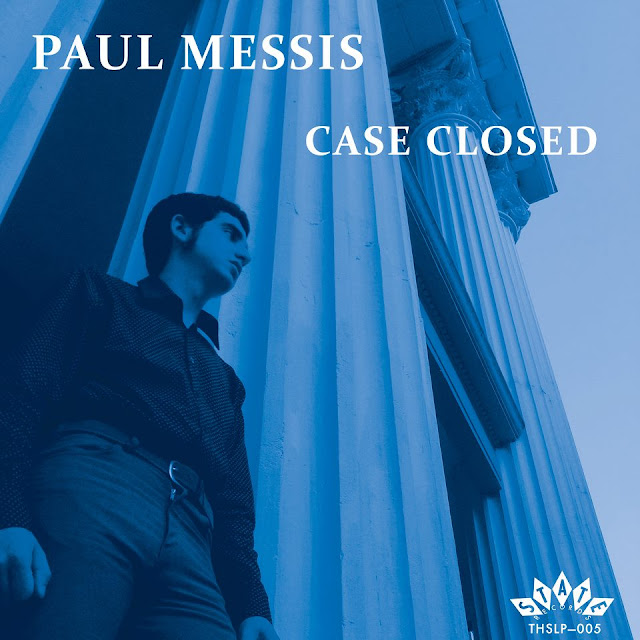 After several recent dalliances, firstly with San Francisco style folk rock with Jessica Winter on last year's excellent "Sunflower" 45 (review here), then with members of the Sufis on the more recent Market Square 45 (reviewed here), Kent based garage punk Paul Messis is back, and this time he's pissed.
With titles like "I Hate the World Around Me" and "(Don't Wanna Be) Scene Or Herd" and a press release where Messis admits to being angry as hell, you might expect this to be full of more punkish fury than it actually is, but the reflective nature of Messis' lyrics makes this a much more thoughtful affair than anticipated - the world's first existential garage psych LP? Who knows?
"Sowing Seeds" is a raucous early Kinks style rave-up, with an unhinged guitar break and a tempo that suggests that the wheels are about to fall off, but much like his first long player, 2010's "The Problem With Me", the emphasis here is more on moody minor key jangle, and shares DNA with the likes of "Here Without You", albeit run through a fairly shambolic garage filter rather than Gary Usher's crystalline production.
The south coast of England's bleak, rainy winters are an ever-present influence too, giving these Nuggets style numbers a distinctly English tweak that accentuates the melancholy to often unbearable levels.
Not a box of fluffies then, but nice to have something like this to reach for when I'm in a bad mood rather than say, Disturbed.
Demons perhaps exorcised, Paul's mentioned a more psychedelic direction as a possibility for his third LP, but for now I'm happy to have "Case Closed" in my corner with me when the world's against me.

Available April 15 from the folks at State Records.