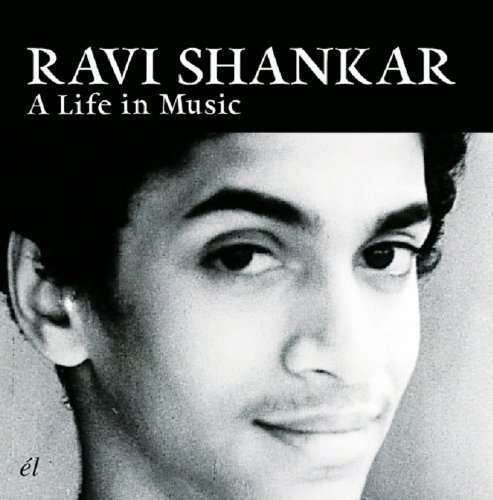 The music world lost a great man this past December, when sitar master Ravi Shankar passed away at the age of 92, eighty years of which were spent composing and performing traditional Indian music. He was a well-established artist and performer when he was seemingly "discovered" by Western rock musicians. The two-disc collection Ravi Shankar: A Life In Music, doesn't even begin to highlight his career, but these recordings are considered to be the pinnacle of his long and storied discography. The biographical liner notes make an interesting point about the importance of the music found here, hinting that they very well may be the recordings that were heard by George Harrison and Brian Jones and other British rockers. Shankar would downplay his association with the rock world, and expressed unhappiness about his music finding favor in the drug subculture.

Yet one cannot deny the power of the music found in this collection; opening "Raga Jog" is a quiet, gentle half-hour journey into the heart of time and space, a meditative piece that quietly turns jubilant, as the other members of the quartet quietly add their own instrumental touches.  Occasionally, the peaceful, gentle compositions turn rather frantic, such as on "Raga Simhendra Madhyamam" and "Dhun In Mishra Mand," both of which feature a highly rhythmic, danceable beat. For the most part, this collection offers what most of Shankar's music offered: a quiet respite from the outside world and stresses. Try meditating to it; you'll drift off into another place when you do. It's not hard to understand why the Brits were so taken with the man's music, as these recordings, well over fifty years old, still sound timeless and otherworldly.

Note: A funny story about Harrison and Shankar. Upon discovering his music, Harrison wanted to see Shankar and his trio perform, so he arranged a private gathering and flew  Shankar and his musicians to England. Harrison's entourage, wanting to pay tribute to the Indian musicians, dressed in what they felt to be the finest, most exquisite Indian robes, beads, and attire, to show their guests that they appreciated their culture. When Shankar and company exited the plane, Harrison and his friends were slightly embarrassed to discover the sitar master and his friends dressed in brand new Armani suits!