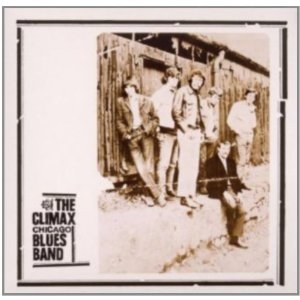 The Climax Chicago Blues Band S/T
Borne out of the British blues scene of the mid-1960s, The Climax Chicago Blues Band initially offered up a raucous take on American blues. Their first album, recorded in late 1968, was recorded over a two-day period with Beatles associates Chris Thomas and Geoff Emerick behind the boards.
Because of the speed of recording, their self-titled debut has a spontaneous, electric feel; lead singer Colin Cooper is an ace belter, and Peter Haycock is an equally ace guitarist. Surprisingly, for a band playing a style of music that relied much on tradition, the majority of songs are original band compositions, and they're fine ones, too; it's hard not to be instantly won over by the introductory "Mean Old World," and songs like "You've Been Drinking" and "Looking For My Baby" are simply timeless blues- rock. As a band, they were very much in competition with John Mayall's Bluesbreakers, Fleetwood Mac, Cream, and Delaney and Bonnie. For a first record, though, at times it does feel somewhat generic; the handful of bonus tracks--many of which are first takes, as opposed to unreleased songs--are interesting, but not particularly revelatory. 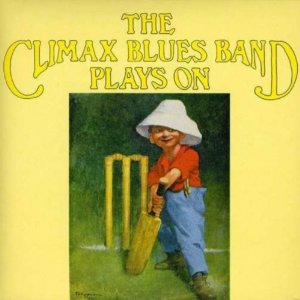 The Climax Blues Band "Plays On"
The band's second album finds two very noticeable changes. One, the band's name has been shortened, thanks in part to a legal issue dealing with American band Chicago. ("It was no big deal," say the liner notes). Second, from the first notes of "Flight," you find that this band has suddenly become rather "trippy". Lead singer Colin Cooper started to use his saxophone abilities, and the addition of that element--as well as more funky organ and keyboard playing--finds the band shunning the more generic sounds of their debut. Also amazing is that this transformative change took place in a space of less than a year; this was recorded mere months after their debut album was released. The band's sudden discovery of psychedelia provided an interesting mix with the band's formerly traditional blues- rock sound. Don't get me wrong; "Hey Baby, Everything's Gonna Be Alright, Yeh Yeh Yeh," "Little Girl," and "Like Uncle Charlie" still retained that rawness found on their debut. It's the moments like the aforementioned "Flight," the Afro-Cuban "Cubano Chant," and the almost proto-Prog Rock of "Mum's The Word" takes their sound to another level. Then there's the sudden medley of "Twenty Past Two" and "Temptation Rag;" considering that their team worked with the Beatles, one can't help wondering if maybe this most interesting, curious melding of two utterly different songs without warning inspired a certain Beatle or two to do the same thing on their own 1969 album. Perhaps inspired by The Grateful Dead and Santana, "Plays On" is a stunning collection of songs from a quickly mutating band. It's no surprise, then, that the record was a minor hit in the UK and the USA. 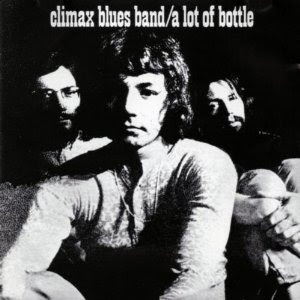 The Climax Chicago Blues Band "A Lot of Bottle"
As the band had quickly recorded their second album, so too came the band's third album. The band reverted its name to include "Chicago" (though this may be for this reissue only; there's no clear explanation why this was the case, as American versions of the album retained the abbreviated name). As they had done previously, they started their album with a completely different sound--the roots-rock instrumental "Country Hat" not sounding like anything on their previous two albums. Gone, too, is the trippy psych-rock of "Plays On." Also gone is the traditional blues-rock sounds of before. Instead, one finds them turning into a rather straightforward hard-rock band. It's not a bad thing; "Reap What I've Sowed" and "Please Don't Help Me" could easily give Steppenwolf a run for their money. After listening to the awesome "Plays On", "A Lot of Bottle" feels like a bit of a letdown; one would hope that they would have continued on in the psych rock/blues amalgam that was so rewarding. The bonus songs find the band in the live setting, and listening to what "Flight" turned into--from a jazz-rock fusion to a blues-rocker--is a bit disappointing. "A Lot of Bottle" feels anticlimactic; especially considering how much of a jewel "Plays On" happened to be. Still, the band would continue on, and is still active, forty-five years later. These three reissues do a fine job of showing exactly why this band is still going today, and even if some of the records disappoint, they still retain a quality not found in many bands--either of the era, or today.