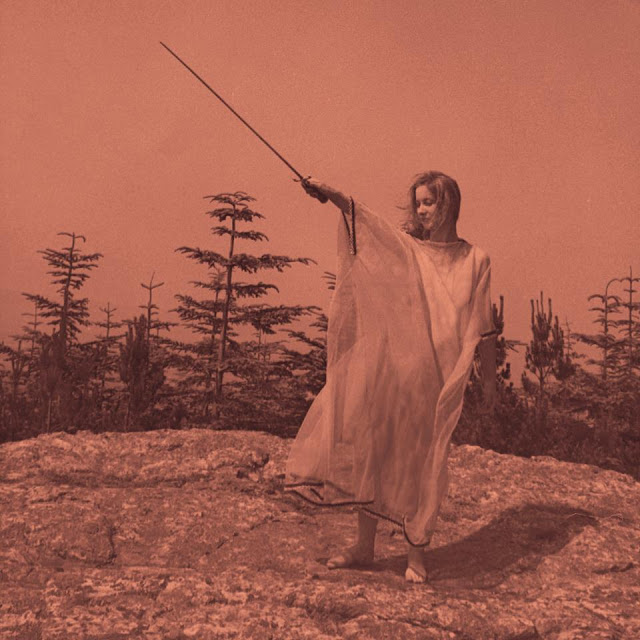 Over here in New Zealand the local music scene is swamped with bland reggae and dubstep so it's a helluva nice to have some local psychedelia to appreciate - at least now I can feel like I've been born in the wrong time, and not necessarily the wrong place geographically too.
Like his brother Kody (who's debut as Opossom was one of my favorite albums of last year - see here), Ruban Nielson creates a sort of soft focus psychedelia that doesn't really sound like a product of the sixties or the present.
If anything, this has more in common with the likes of out of time mavericks like Bobb Trimble. Indeed, if someone had thrown this at me blind and claimed that it came from some early eighties bedroom psychedelicist's self released cassette I'd more likely than not have believed them.
I'd also have been pretty impressed, as this is a much more consistent album than the debut. Like the debut, it takes a few listens for the melodies to escape from their fuzzy, lo-fi cocoons, but once you've acclimatised to the murk you'll wonder why you had to put any work in at all to be won over by these effervescent gems.
There's nothing as immediate as "Ffunny Friends" from the debut, but there's a greater attention to sonic detail, a few more complicated, proggier numbers that give Ruban a chance to flex his impressive guitar muscle and on numbers like "So Good at Being in Trouble" some of his most soulful vocals yet committed to tape.
There's also a far greater number of hooks - both vocal and instrumental, for those willing to spend a little time listening.
Yes - there are plenty of folks out there who'll write this off as frustrating and more's the pity, but I'm firmly of the opinion that a great pop hook is exactly that, no matter what finery it's presented in.

Available here on Vinyl or here on CD.