Homer "Grown in the USA / The Complete Recordings" Review 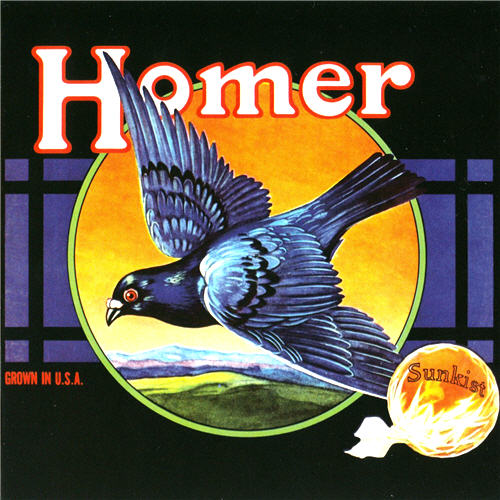 After a spate of pirate releases from the likes of Akarma, Homer's "Grown in the USA" finally sees a legitimate release, with GearFab handling the CD and Guerssen the vinyl release.
The sound quality is improved over these earlier issues, but still a little primitive (due in no small part to the original master recordings).
If you're a psychedelic record collector or someone who's spent much time thumbing through books like "Fuzz, Acid and Flowers", you'll no doubt have seen this referred to at the very least, and with good reason.
While "Grown in the USA" isn't 100% successful, it is fairly unique in it's attempts to combine country-rock, hard rock, psychedelia and progressive rock.
While it wasn't unusual for major label bands of the era to need to pad their albums out with experiments in genres that they weren't necessarily equipped to deal with (I'm looking at you Emerson Lake & Palmer), Homer create a distinctive mix of these genres, that is blended far better than you'd normally find on a small press album like this - CSN style vocal harmonies, Thin Lizzy style dual guitars, impressive mellotron, steel guitars - unusual bedfellows indeed, but surprisingly effective in each other's company.
The playing and vocals are uniformly strong throughout particularly on "In The Beginning", and while there's not a weak track to be found, there's also little that's truly exceptional in the songwriting department.
Unusually for a release of this sort, the bonus material, consisting of the three singles Homer released before the album as well as a few demos, are the real treasure. Showcasing a much more gutsy garage psych sound these cuts are much closer to the band's roots in the Outcasts, with a moody garage take on Willie Nelson's "I Never Cared For You" (which delves into Greig's "Hall of the Mountain King") proving most memorable, with the Gene Clark meets Peanut Butter Conspiracy meets early heavy metal stylings of "Texas Light" not far behind.
Odd, ambitious and often effective.

Available on CD here and on vinyl here.