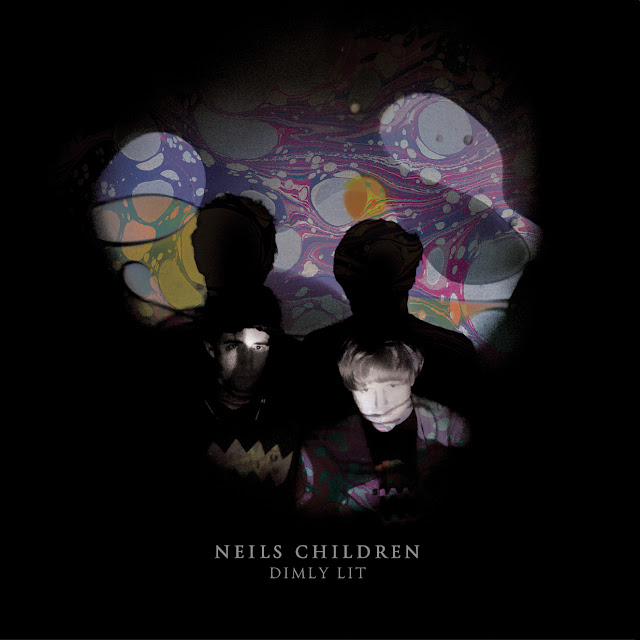 No idea who this Neil chap is, but he's done a sterling job with the kids because "Dimly Lit" is one of the best new records I've heard this year.
Dad jokes aside, Neils Children (the name references John's Children as well as the band's original bass player Tom Hawkins, who allegedly resembled Neil Morrissey) are a UK based psychedelic outfit who've been knocking around in one form or another since 1999.
After taking ten years to release their debut album, then calling it a day shortly after, it would've been a brave soul who suggested that one day we'd have "Dimly Lit", yet here it is.
The reformed Neils Children may only constitute founding members John Linger and Brandon Jacobs, but "Dimly Lit" sounds very much like the work of a full band, and one who's firing on all cylinders at that.
They spent a considerable amount of time in the mid 2000s supporting the likes of the Bloc Party and Razorlight, but anyone who's expecting this to sound like another Johnny-come-lately post-punk outfit is in for a surprise.
While Jacob's drumming still carries a vague post-punk accent and there are occasional moments that recall early New Order at their moodiest, the dominant flavor is distinctly lysergic, although with a suggestion of something more cinematic and panoramic than most new bands can muster.
Treated vocals and heavy reverb are only the tip of the iceberg, with the majority of the atmosphere provided by carefully selected vintage keyboard sounds, with the space age Broadcast style library pop of "The Beat of the Boulevard" and "Telling", the instrumental mellotron fest of "The Way The Web Was Woven", and the massive church organ of "Warm Wave" providing a particularly strong example of this, mid-album.
Linger's bass playing deserves a special mention too, and sounds like it betrays a youth spent soaking up John Barry scores, with dexterous, wandering basslines racking up the tension and intrigue.
And don't let me lead you into thinking this is some sort of academic, chinstroking mood piece. This is a record full of solid songs with hooks everywhere - a worthy successor to Broadcast's earlier work perhaps?
Check out the first single "Trust You" below and judge for yourself.
Click here to pre-order a digital or vinyl copy.