David Bowie "The Next Day" Review 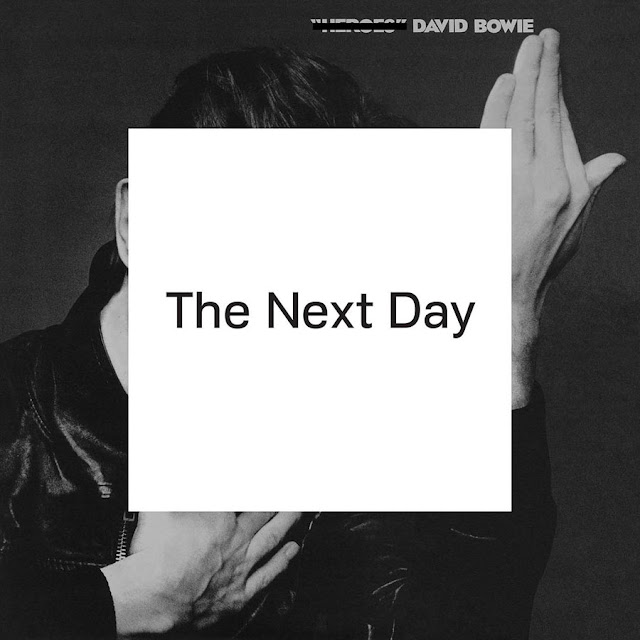 This may be a massive simplification but received wisdom seems to be as follows:

While it's true that there was a stretch of time from the mid eighties to the early nineties where Bowie produced a number of albums that are difficult, but not impossible to love, the mid nineties saw Bowie enter a creative renaissance that was spearheaded by the experimentalism of "Outside" & "Earthling" - two albums that sound even more contemporary now than they did at the time.
The loose trilogy of albums that followed; "Hours", "Heathen" and "Reality" capitalized on this fully with a unified approach that showed that even though the stylistic chameleon of the seventies was pretty much gone, he still had a firm grasp on what a Bowie album should sound like - in the case of these albums, the less experimental elements of the Berlin trilogy plus a little "Scary Monsters" colored with a contemporary sheen that has aged surprisingly well. The songs were generally top notch too - occasional lapses into middle aged earnestness notwithstanding.
By this point alas very few were buying so the Thin White Duke's stylistic comeback went unnoticed by most, no matter how much the critics praised the new material.
Ten year's later and Bowie's name is on everyone's lips. There was certainly an assumption that ten years of hermitage on Bowie's part meant that he'd decided on a graceful exit from the limelight, so when he announced that there was a new album on the way that no one knew he'd even been working on, I wasn't the only one to admit that my attention was captured - although the rather drab first offering "Where Are We Now?" didn't leave me expecting miracles.
Now thanks to iTunes I've had the chance to play "The Next Day" all the way through a number of times and it's pretty much what I expected, and hoped for - a continuation of the more mature, but still distinctly Bowie-esque work he'd left us with on "Hours", "Heathen" & "Reality". It's no better, and certainly no worse than any of those albums, and the good news is that with the amount of publicity he's gathered over the last month, people will actually hear this and I imagine be impressed - and so they should be. With any luck, they may even delve back into the last few albums.
It starts out incongruously with the rather hamfisted, leaden title track, but soon rights itself with the excellent "Dirty Boys" showcasing Bowie's avant garde sax playing and some great guitar interplay.
Things occasionally plod on the few downtempo tracks, but there's plenty of fire to be found here, particularly on the anthemic "(You Will) Set The World on Fire" which would be all over the radio if it'd been chosen as the first single.
Even better is "Heat" which follows in the footsteps of "Reality"s "Bring Me The Disco King", closing the album out on a suitably mysterious note.
A number of critics are already hailing this as one of Bowie's best albums. Let's be clear - it certainly isn't, but this is the man who gave us "Ziggy Stardust", "Low", "Hunky Dory" - stiff competition.
What this is, is a totally unexpected bonus, and a continuation of a renaissance that we'd all assumed was over. And let's face it - a good Bowie album is a whole lot better than most other folk's great albums.

"The Next Day" is available on CD here , Deluxe Edition CD here and on Vinyl here.

If you haven't already, check out the video for "The Stars (Are Out Tonight)" here:


"The Next Day" is available on CD here , Deluxe Edition CD here and on Vinyl here.