Observations on My Bloody Valentine "mbv" 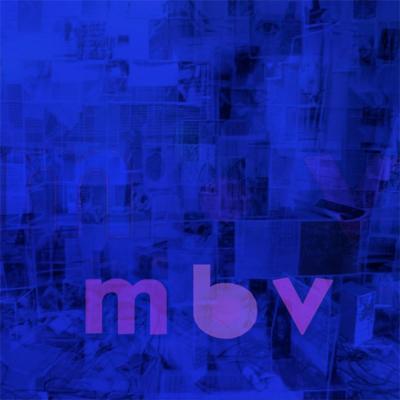 A few years ago, while randomly browsing the internet, i came upon an article stating “The Dream Is Dead: Guitarist Kevin Shields Found Dead In Apartment.” It went on to talk about My Bloody Valentine, Loveless and the hope and expectation of hearing new music from this Irish quartet, and how that dream was now smashed forever. I was devastated; I cried a little bit. I discovered Loveless’ washed-out lovelorn pink psychedelia when I was 21, newly divorced, moving to the city for the first time. It represented independence, and my entry into the underground. It sent me on a fanatical binge of loud distorted guitar-driven ambiance, the pursuit of good new shoegaze music. Loveless set the standard for the genre, which has never been surpassed. I wanted to believe it was possible, that there were still possibilities in volume, oceanic experiences, altered states, and always felt that if MBV were to reconvene they would school the lackluster followers. This article was telling me that all my hopes, all my optimism, all the heated debates with friends and colleagues, were all for nought. I was wrong; MBV were never getting back together. Then I happened to look at the date of the article: April 1st.
A cruel internet prank, but a pointed one. Nobody had ever topped Loveless, and much of the ‘gaze that were to follow was bland, imitative, formulaic. A pose, a posture, a way to appear cool and disaffected and drug-addled. But when there is life, there is hope, and i spend a decade actively scouring the web of any news. I nearly died when MBV reformed in 2007, and tried with all my might to make it to their first show in the States, at the All Tomorrow’s Parties festival, but poverty won out (as usual). I finally got to see them live, in Denver, and hearing the opening strains of “Only Shallow” as i walked into the front door of the Fillmore was one of the happiest moments of my life.
Fanaticism and endless optimism won out in the end, but still, where were the new tunes? Was this fated to be a nostalgia act, after all? A cash cow? A cool opportunity to see one of yr favorite bands, sure, but were they still viable artists, musicians? Was shoegaze, in fact, dead? Decaying? Decadent? It seemed that way, for a LONG time, and many drifted off to other flavors of detachment. Still, some of us remembered a moment, felt there was something special in the British psychedelia of the late ‘80s and early ‘90s, some of us who were always goth at heart, romantic. We liked acid AND red wine! Hashish and speed, listening to “Sometimes” while driving through cold, blue dawn.
If you are anything like me, you have probably heard 10,000,000 records since “Only Shallow” first set your nerve endings on fire. There has been much shit, and some moments of inspiration and artistry, as new generations sought to refine their obsessions, getting the guitars louder, shinier, more vibrant. Kids in black clothes have dusted off their Korgs and their drum machines, and Goth is kicking back into high gear. A Place To Bury Strangers, The Pains Of Being Pure At Heart, sometimes The Brian Jonestown Massacre, Ulrich Schnauss have all been taking the genre in new directions, emphasizing the dirty rock ‘n roll of The Jesus And Mary Chain school of anglocentric guitar rock, or investigating the marriage of rock ‘n electronics that has been there since the onset, that is part of the genetics of the genre. Music was breaking into a million scintillating points of inspiration, evolving very rapidly, and we were wondering if it were possible to love an album as much as Loveless. 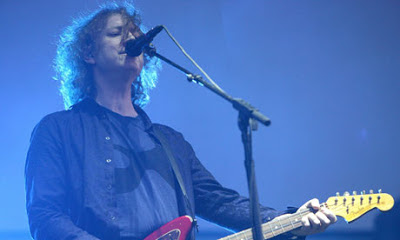 In December of 2012,  Shields & co. announced that the recordings they’d been working on since the early ‘90s were finished, had been sent off to the mastering plant, slated for a February 2013 release. The wait was nearly over...
The point of this lengthy diatribe, by way of introduction, is how do you a review, or even listen to, a record that you’ve personally waited 13 years for? Loveless helped make me who i am today, so a certain amount of autobiographical rambling is called for, and while being immersed in the sonic baptism of “You Made Me Realize” was brain-dismantling and ego-dissolving in the extreme, I’ve experienced similar revelations watching Boris, Sunn O)), Wolf Eyes, Acid Mothers Temple, Wolf Eyes. It really makes you wonder: what makes something classic? What are the hallmarks of a masterpiece?
Finally, I had transcended the feeling of inadequacy, longing and loss that comes from worshipping the past. If yr devoted to music, you are aware of life-changing sounds every second of the day, which is a wonderful place to hear a new record from yr favorite band.
I’d prefer to speak of this music in a general way; it hits on many different levels. Every music journalist on the planet is probably going to at least hear, if not try to describe, these 9 songs. The first question I asked myself: is this something I’m going to listen to? Is this going to work its way into my rotation? The only commodity these days is time, attention: all music is existing in an amorphous morass, and new and old vie for our affections. Is M B V timely, pertinent? The answer is yes (in my opinion anyway) ((I’ve listened to it over 25 times already)).
Hearing My Bloody Valentine fresh, out of context, clarifies their essence - the spirit of the music, - their saccharine, sunshiny psychedelia refracted through gray rainy windows. You can hear the misty Irish mysticism in their echoes and decays.
A few years ago, I reviewed a record called Love Is A Stream by Jefre Cantu-Ledesma, which emphasized the ego annihilating power of the guitar, of loud drone-y music. About how love is like bowing down to the source, something greater than yrself, you are beholden. MBV’s guitars are like love - you bow down to them. Nothing else on earth, a peculair uniqueness in the way they bend their guitars, make them weep, (Joe Davenport from Tiny Mix Tapes practically wrote a dissertation on the “glide guitar” over here) makes me want to listen to them all the time. They created the blissdrone (probably not, actually, but they certainly did refine it).
And while MBV has some of Loveless’ monolithic fuzziness, it also seems like a much poppier, catchier affair than Loveless, though - you can really hear their hooks, like the humalong guitar chorus at the end of “Who Sees You”. My Bloody Valentine were always of the Sarah/Creation/C86 ilk; ‘60s pop music through a blurry filter, stylized. Its like a futuristic fusion of Isn’t Anything and Loveless, refined and confident. This is layered with scattered drum ‘n bass beats and reedy organ drones, showing a progression, showing the connecting threads with classic minimalism, a la La Monte Young via Spacemen 3. They seem like they are exploring the tonal pallet available to a dreamy, drone-y band, not willing to be pigeonholed. I get the feeling of four individual painting with sounds.
Which brings me to my next point: the whole band seems balanced on this record. It was not nearly as much of an ego show as I was expecting. People have kind of made MBV out to be Kevin Shields, because he was just the most blatant guitar wrangler, but here every member has an equal say. Bilinda Butcher’s are up in the mix, gauzy as ever, and you are struck, how integral to their sound she is. She sings on nearly every track on this record, which gives it an airy, chanteuse-like quality, like an Astrud Gilberto record. She has one of the most characteristic voices of indie music, like Liz Frazer from the Cocteau Twins or Rachel Goswell from Slowdive - a frontwoman in soft focus.
Colm O’ Cloissig’s drumming is the last thing I am going to focus on. I’d heard that Shields originally had electronic beats on some of these tracks, but had Colm replace them. His beats roll and tumble, and it seems like he’s playing breakbeats, drum ‘n bass live. Shoegaze and drum ‘n bass have long been intermingled (see Third Eye Foundation) and you can hear 30 years of experience in how he skips and shuffles around the beat. Here’s the thing, as humans and machines become ever more interchangeable, is that is damn hard to make a machine swing like a human, there is a fluid grace to a man who can play trip-hop live. The filtered, flanged scattershot beat on “Wonder 2”, the album closer, reminds everyone how cool jungle music is, its like we’ve rewinded to 1995 and hit play. Score one for the d’n’b faithful, maybe M B V will help pull that genre out of the doldrums, as well.

Here are the main points I’d like to leave you with:
MBV seems to be looking backwards and forwards, at the same time. A good sign!
There’s a lot more keyboards on here, than previous affairs, making it not another merely a Loveless clone or rehash.
Bilinda Butcher has an incredible voice. I could listen to her all day (and often do.)
Kevin Shields’ guitar still roars like a jet turbine.
They know how to write actual songs.
The production is excellent (guitars clear, but not TOO digital, still fuzzy, but not TOO fuzzy, loud, kind of bass-y.)
Colm O’ Cloissig is a machine, an overlooked drummer. Pay attention.

You are probably going to listen to this record a lot. It is my job to remind you why it is that you should do so. MBV inspires feelings, imparts visions. It stands up remarkably well to repeated plays (a proper album) . We are reminded how unique this band is, was: their colorful psychedelia, different from the black-and-gray swaddled heroin romance of The Cure or even Slowdive. Their music makes me feel like driving through a forest at 2 in the afternoon, sunlight through the dappled leaves.
With the release of this record, is seems that all music has broken free, free from expectations or the weight of tradition. Here is a rock band, releasing rock records, hundreds every day. Magick is alive, and the game is afoot. In the 22 years we waited for M B V, the kids have gotten very crafty indeed, and we’ve exploded in a trillion mutations per square mile. We are interested in the past, we are getting good at what we do. Its nice to have someone to look up to, something to believe in, to show what is possible. MBV is great, but not perfect; perfection would probably shake us to our core, hurt us, fill us with despair. The art is in the struggle.
My Bloody Valentine invite everybody to listen to all their old and new favorites, to decide for themselves what defines shoegaze, post-rock, coldwave. We are master imitators, and watching masters at work always gets the juices flowing!