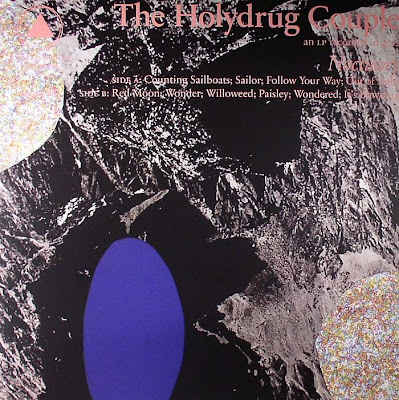 The more I've immersed myself in contemporary psychedelia, the more exotic examples have presented themselves to me. So, fresh from my ransacking of the French scene ( The Sudden Death of Stars, The Blondi's Salvation etc.) comes my first foray into the Chilean psychedelic community.
The Holydrug Couple and Föllakzoid are both signed to hip Brooklyn label Sacred Bones, both are from Santiago and both released their new albums on January 22.
The Holydrug Couple are in their own words “a slow motion sixties beach party dream that you never want to wake from”. I'm certainly not one to argue, and "Noctuary" is quickly becoming one of my most played albums of the year, with it's hazy, trippy textures seeming to resonate with pretty much whatever mood I'm in.
Opener "Counting Sailboats" doesn't so much drag 'Tomorrow Never Knows" into the 21st century kicking and screaming, as it does invite it in and give it a cup of herbal tea.
The mood is sustained nicely throughout - think Tame Impala's trippier, more heavily treated material blanketed with ridiculous amounts of echo and effects. A pretty great Sunday chillout album for the more discerning listener.
BTW - if you like this album you should check out this free Bandcamp E.P from Dennis Olsen - they're on a very similar wavelength. 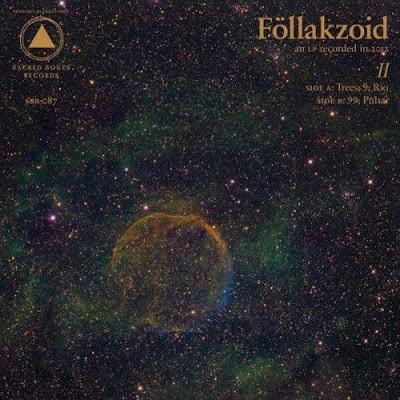 Föllakzoid are a much more precise but no less trippy prospect, with strict motorik rhythms fused with some very fine cosmic spacerock.
If you've ever wondered how Neu and Hawkwind would coexist in a musical partnership then this'll allow you to move on and find something new to ponder in you more obscure moments.
Sure groups like Wooden Shjips do this sort of thing well and have done for ages, but Föllakzoid do it better than anyone I've heard, and anyone I'm likely to hear I suspect.
There's nary a weak moment in it's  45 minute running time, but the best is undoubtedly saved until last with "99"s rock solid rhythm section allowing layers of cascading echo guitars to explore where they must, freaking out on us in a glorious deluge of otherness, while fifteen minute closer "Pulsar" racks up an unbearable amount of tension leading to a crushing climax that never arrives - an appropriate closer for an album that consistently defies expectations.
And you lucky Americans get the chance to see these two on tour together with fellow Sacred Bones psych-o's Psychic Ills in the very near future? Sheesh.