The Kumari "Fall In Love With The Sun 7" / The Kumari E.P" Review 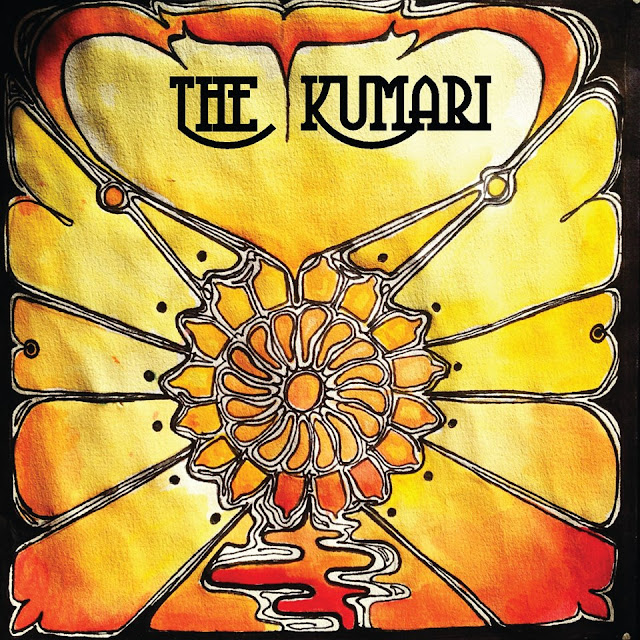 The Heavy Soul label have already proven themselves to have impeccable taste with two of my favorite releases of last year from the Magnetic Mind (here) and the Strypes (here).
Next on their agenda of vintage fabulousness is the debut 7", also available as an extended 6 track Bandcamp download from London based act the Kumari.
The Kumari include Phil Istine among their number, a prominent reviewer for Shindig magazine, so it should come as no surprise that the six tracks on offer here are a masterclass in sixties guitar pop and that the Kumari can't decide whether they're psychedelia, garage or surf. They do each so well however that it would be an uncharitable soul who demanded they pick a single genre and stick to it.
The A-Side of the 7" "Fall In Love With The Sun" is kindred spirit to the reverb-drenched surfsploitation gems that the Allah La's were being widely praised for last year, albeit with an added layer of snotty bravado that suggests the Seeds were as much of an influence as the Surfaris.
Elsewhere there's plenty more in the way of moody Doors style organs, gritty r&b vocals that are pure '65, blistering surf guitar runs and a general sense that prog rock never happened.
Couple this with a vintage production aesthethic that emphasizes every bit of reverbed twang and you're onto a winner for garage fiends.
The limited edition 7" is available to buy here, or download the extended version through the bandcamp widget below.