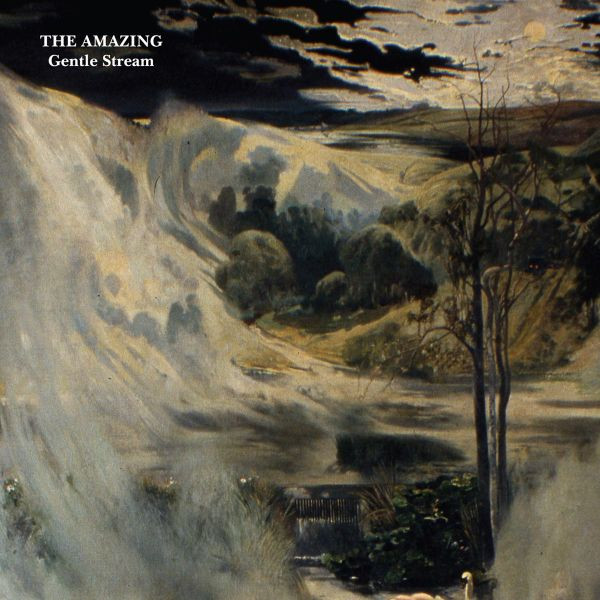 One of the best bands currently making music is The Amazing. Their second tour of the States just wrapped up, and I caught the final gig in New York (reviewed here). The gig inspired this review of their latest LP, "Gentle Stream", which was easily my favorite album of 2011. (I pre-ordered the Swedish Subliminal Sounds pressing, so I have had the album for a year and change at this point. In October, the LP was officially released stateside via Partisan Records.)
With the first seconds of opener "Gentle Stream", you already know you’re in for something special; an acoustic guitar and etheal keyboard open proceedings, with Reine Fiske (also a member of fellow Swedish psych-rockers Dungen) adding tasty, colorful licks that echo out of the speaker. A restrained drum groove enters and brings some momentum to the piece and once singer/ guitarist Christoffer Gunrup finally begins to sing, you feel a certain familiarity and a comforting sensation overtake you. From there, things move into a folkier direction, with hints of "White Album" Beatles abound, particularly in “Flashlight”, with a beautiful flute part taking center stage, and “The Fog”.
Side two opens with single “Gone”, (the most upbeat tune here), with its toe tapping beat and catchy chorus (although, what Gunrup is singing is beyond me, but in a good way of course) and then the laid back pacing of an early Neil Young/ Stray Gators-esque piece follows on “Dogs”, with a ripping Fiske solo in the coda section. From there, the record shifts back to the dreamy and ethereal, and album closer “When the Colours Change” stands as my favorite Amazing song. Soaked in strings and female vocals in the chorus, one is ready to float away with the colours as this epic number brings the album to a stunning conclusion. The U.S. 2012 version features a bonus cut here, titled “Ghosts”, which, if placed elsewhere besides last (perhaps last on side 1?) generously adds to the LP.
Please do yourself a favor and listen with headphones on to pick up on all the subtleties in the music and be sure to seek out their 2009 debut and 2010 "Wait For the Light to Come" EP if you dig what you hear. I cannot say enough about these guys!