The Floating World "We Hunted" Review 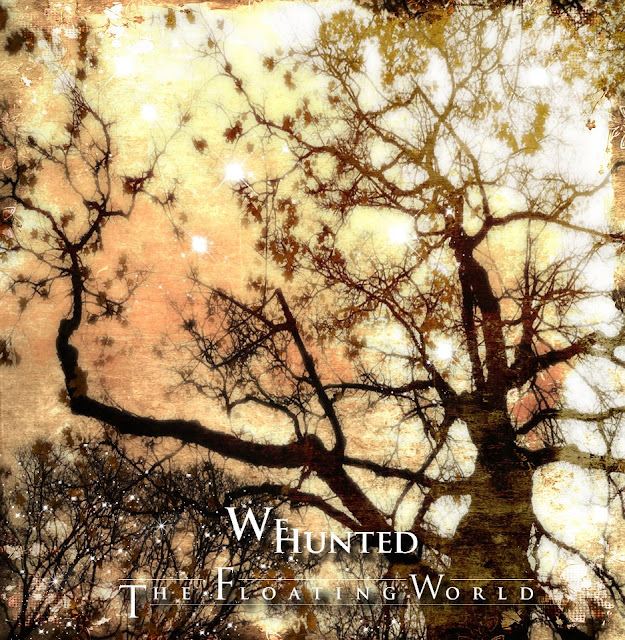 The Floating World make hauntingly beautiful music that is almost wholly impossible to write about without using words like ethereal, which in turn is going to lead you up the wrong path and make you think this is something along the lines of Enya or Clannad which it most unequivocably is not. Anyone still ill at ease should check out the playlist of material (here) that the Floating World were listening to while recording this.
"We Hunted", their latest album, features a line up consisting of Amanda Votta on flutes, bells and FX, Neddal Ayad on guitar and the rather splendid Grey Malkin from the mysterious Hare and the Moon providing his usual unsettling jiggery pokery on drums, bells, mandolins and lord knows what else.
"The idea for this album formed during time spent traveling in summer, back and forth on highways to and from cities, often at night, between them the small towns and their shining lights appearing and disappearing - the stars, the road and the forward momentum the only constants." says Amanda, and the great outdoors is certainly evoked in effective and often spectacular ways here.
This is instrumental music which relies on atmosphere as much as melody.
There's a pastoral element at play that acid folk fiends are likely to connect with, but I can also imagine mid seventies Tangerine Dream coming up with something like this if they were dumped in a glade somewhere with only flutes, acoustic guitars and percussion at their disposal.
Obviously "We Hunted" is a unique creature then, capable of robbing me almost completely of my descriptive powers, but leaving me with a deep seeded urge to share it with as many of you as possible.
You don't have anything in your music collection like this, but you should.

Stream a few selections below: