The People's Temple "More For The Masses" Review 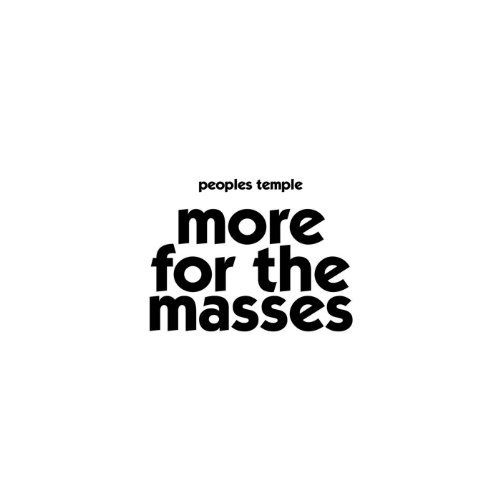 The People's Temple are the real deal when it comes to psychedelic garage revival, no question.
Their second album "More For The Masses" sees them focusing their early Rolling Stones / Nuggets swagger into a confident and memorable set of songs that sound like they should be spinning at 45rpm and issuing from one of those tinny sixties suitcase turntables.
Tracks like "Fortune Teller" (an original, not the old Allen Toussaint classic which I imagine these guys would slay too) are concise pieces of melodic garage psychedelia with full vintage reverb charm that just doesn't quit.
And before you try to convince me that all this shameless revivalism is old hat and one dimensional, I'd suggest you check out the subtle shoegaze renderings of tracks like "Restless" which sound like they should be very uncomfortable in their analogue surroundings, but somehow make themselves right at home.
This ability to combine disparate threads so seamlessly suggests a band that have a strong enough sense of their own identity to borrow from whomever they like and make it their own.
There's even a rather good garage interpretation of Donovan's "Three Kingfishers" on "The River (Donovan's Song).
"Right From Wrong" is my favourite track here though, a moody piece of jangly folk rock that sounds like Bryan MacLean channeling Arthur Lee at his most apocalyptic.
A case could probably be made for a little more variety tempo-wise by those looking to nit-pick, but it would be an unkind soul who'd suggest that these guys don't do what they do very well indeed.