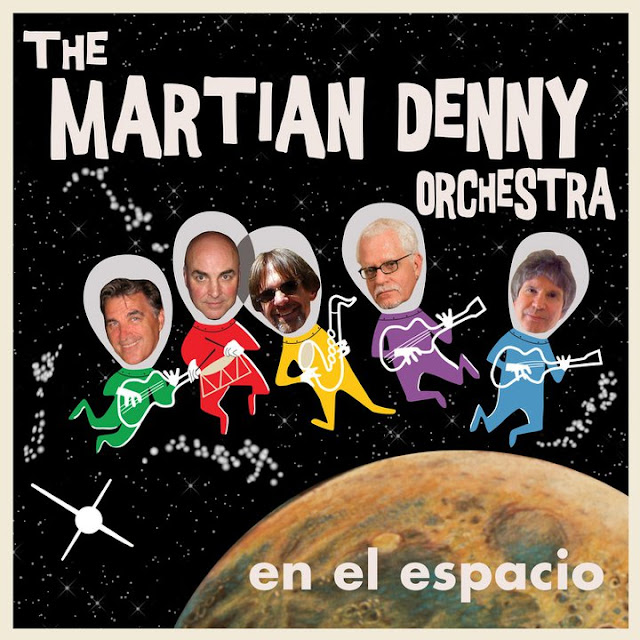 If that glorious band name isn't enough to fully attract your attention, then the fact that Sundazed head honcho Bob Irwin is onboard as guitarist should do the rest. Sundazed are of course the premier American reissue label with an impressive back catalogue of garage, beat, psychedelia and more recently surf music.
Clearly the titles that Irwin chooses to reissue are labors of love, so it's not at all surprising that the Martian Denny Orchestra's full length debut sounds a whole lot like something that Sundazed would choose to reissue if they were to stumble upon it in a dusty crate somewhere.

These folks dwell in a land where the British Invasion never happened, the Outer Limits is watched from behind the sofa, Saturday nights are spent at the drags and all the most interesting folk are rebels who'll never be any good.
"Out of Limits" kicks things off with a blast - a gritty Ventures style surf rock number which playfully references the Twilight Zone theme - tongue very firmly planted in cheek .
What follows is a reverential, highly energized set of rebel rousers - well selected covers and masterfully composed originals full of honking sax and Duane Eddy twang, performed by a crack selection of some of the hottest players Nashville has to offer.
Highlights? Well, the gorgeous steel guitar on "Sealed with a Kiss" is the sort of sensuous delight you don't expect to find on wax post-1960, while "Brawl" has all the streetwise tough you'd hope for from it's title.
An excellent tribute, and five guys that obviously have a blast playing together - bet these guys are dynamite live!

You can stream the album or buy the CD here from the Sundazed website. 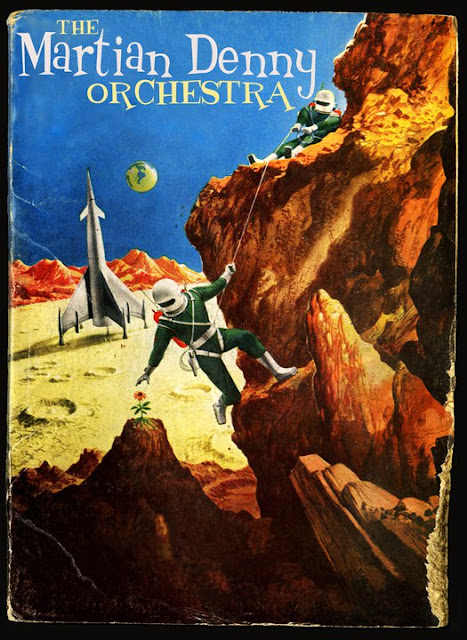