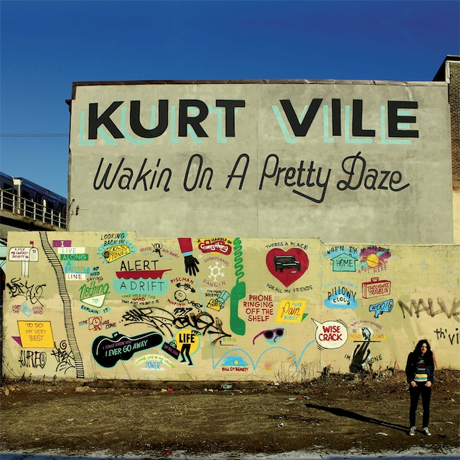 Everyone's favorite longhair Kurt Vile has announced that his new album "Wakin' On a Pretty Daze" will be released through Matador on April 8th.
"It's totally our 'Tusk', but no cheese. Just rock," Vile told Spin, alluding to Fleetwood Mac's classic.
"You turn it on and it sounds like me. But the guitar playing is better and the ideas are new. It's classic, it's epic, with many more solos," he added.
The album follows Vile's widely praised 2011 release "Smoke Ring For My Halo", and features guest appearances by members of Warpaint and Beachwood Sparks.
Check out the title track here :


"Wakin On A Pretty Daze" clocks in at over 69 minutes and will feature :
'Wakin On A Pretty Day'
'KV Crimes'
'Was All Talk'
'Girl Called Alex'
'Never Run Away'
'Pure Pain'
'Too Hard'
'Shame Chamber'
'Snowflakes Are Dancing'
'Air Bud'
'Goldtone'