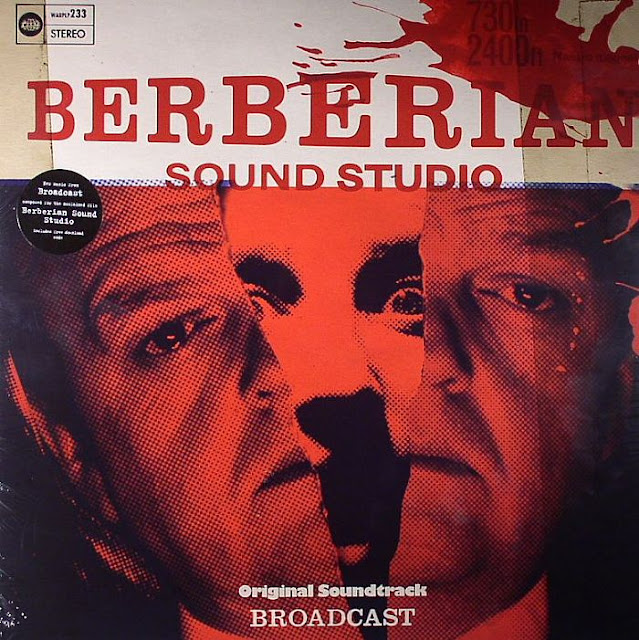 Considering the influence that film scores have obviously had on Broadcast's sound, it's a wonder that it's taken this long for them to get around to scoring one of their own.
And in many ways "Berberian Sound Studio" is the ideal vehicle for them, so much so that you can imagine director Peter Strickland casting them before any of the actors.
There's been a little criticism of this soundtrack among the mainstream music press, although I suspect the writers concerned are generally those who believe a soundtrack's sole purpose is to accompany and build on what's happening onscreen, rather than provide a satisfying listening experience independently - an unfortunate and shortsighted view. The best scores - and make no mistake "Berberian Sound Studio" can certainly count itself among this number - have an evocative allure of their own which you rarely find in other genres.
The film itself is a celluloid love letter to the Italian giallo movement of the late sixties and seventies. In a twist on the Englishman abroad genre Toby Jones stars as a meek English sound engineer who is hired to work on a psychological thriller in 1970s Italy. Jones' quiet life living with mother and working on children's TV shows hasn't prepared him for the demands of this particular job, and he begins to lose his grip. Madness ensues.
Ideal fodder for Broadcast then who know their giallo well enough to avoid the staccato strings associated with the black gloved killer in favor of the weirder and more psychologically unsettling end of the spectrum - throbbing synths, tinkling Goblinesque tubular bells and rambling treated demonic voices represent the creep-factor, but there's plenty of beauty to be found too with some lovely flute work, ghostly elliptical piano lines, and a couple of vocal appearances from the much missed Trish Keenan which are particularly striking, but then again that was always her gift wasn't it?.
This certainly doesn't sound like any other Broadcast album, but it's one that we knew they could and should make, and one that we hoped if we were very lucky they would make. And they have.