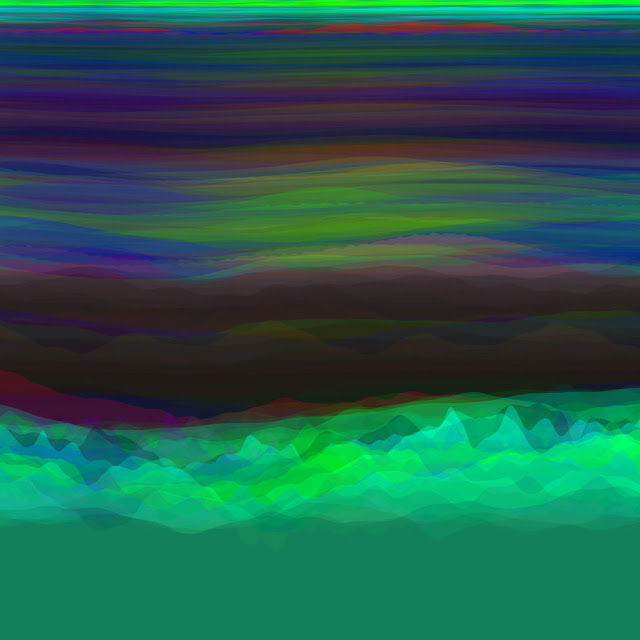 Helsinki based Kiki Pau are a pretty exciting proposition. Exciting enough in fact for Dungen's Gustav Ejstes to prick up his ears and mix their third album "The Pines". One listen is enough to see exactly what grabbed his attention. There's not a moment on here that lacks spontaneity, yet there's also the impression that the whole is very deliberate and very carefully constructed - this is certainly not a directionless jam record, despite a surfeit of long instrumental passages.
Comprising four long pieces, in many ways it's a return to the heady days of the late sixties and early seventies when albums were meant to be played as a whole, although the execution and ideas displayed here are plenty fresher than that pedigree may suggest.
Opener "Tomte Mars" drifts in breezily with some atmospheric sonar guitar blips before snaring the listener's attention with a familiar Beatles referencing guitar melody which is inverted and turned on itself as it builds majestically.
This is followed by "Astronauttija" which embraces the funky psychedelic legacy of the Band of Gypsys, while simultaneously spiralling off into all sorts of crazy space rock with some of the most extreme phasing I've ever heard. An impressive showcase for versatile guitarist Henrik Domingo.

Side Two starts delicately with "Pines" - a deliberately paced little beauty, equal parts "Albatross" and "Sun King", lush, atmospheric and regal with splashing cymbals ebbing and flowing nebulously, before segueing into the album's longest and most varied track "Pines II Makumatka" which embraces folk music, eastern riffage and extreme psychedelia, still finding room for some serious jew's harp along the way.
These constant stylistic shifts could sound clumsy in less skilled hands, and while Kiki Pau are pushing themselves into uncharted terrain where things admittedly could fall apart at any minute they instead tend to coalesce into moments of inspiration that sound like they're surprising the band as much as the listener.
An unparalleled success.

Available digitally here, or you can stream or buy on vinyl through this widget :