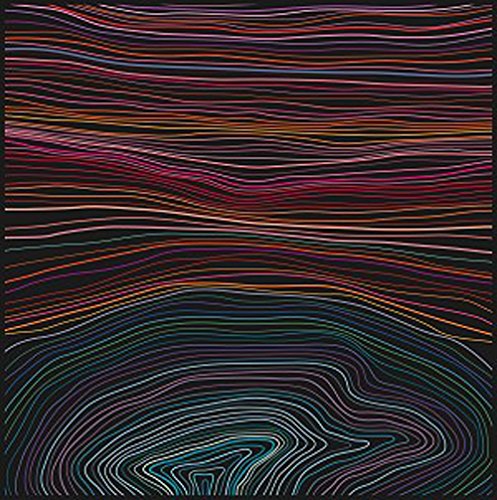 Swedish psych masters Dungen ('the grove' in Swedish) have continually and ably built upon the promise of 2001's superb self titled début, with main man Gustav Ejste's easy way with sixties harmonies, fuzz guitar freakouts, folk rock touches and classic psych anthems providing a wealth of treasures along the way. This Midas-touched path leads now to their new album 'Allas Sak', their eighth release and first in five years. Estes has said of Dungen's inclusive, often uplifting and highly inventive music; 'these songs are my everyday experiences, my thoughts and stories from the life I live, I hope people can create their own stories around the music and maybe we can make music together, the listener and I'. With the consistently impressive 'Allas Sak' it's a safe bet that he has succeeded, its highly persuasive melodies and ornate arrangements collating to create a modern classic of the genre.

Opening track 'Allas Sak' transcends rapidly from the simple first few bars of xylophone to a baroque and cosmic anthem that combines addictive vocal harmonies, saxophone, Mercury Rev style ethereal touches and a genuine sense of wonder and awe. Singing as always in their native Swedish, the language barrier is actually no barrier at all; the upbeat and thrillingly creative melodies convey all that is required. 'Sista Festen' is a tabla driven, free festival of a song, sunny vocal harmonies and bursts of mind melting psych guitar and organ propelling the song into stratospheres of pure joy and psychedelic bliss before it merges with its more baroque counterpart 'Sisten Gasten'. Here, piano and a wistful nostalgia pervade with shades of 'Soft Bulletin' era Flaming Lips and a hint of Japanese psych legends Ghost. The instrumental 'Franks Kaktus' snares the listener with 70's style folk inflected flute and guitar runs that wouldn't sound out of place on Love's eternal 'Forever Changes'. Indeed there is something of Arthur Lee's questing spirit, mischievous intent and mastery of mixing folk, full on psych rock and chamber arrangements that is much brought to mind by 'Allas Sak'. The band switches with ease from tense, fiery guitar breaks into reflective, folky laid backness creating a constantly (and pleasingly) surprising and revealing album. 'En Gang Om Aret' does just this, beginning as a piano ballad before transmutating into an exhilarating guitar led prog-psych-pop classic, the music twisting and turning with more additional hooks and melodies than most bands manage in an entire album. The guitar finale virtually takes off into the skies on the wings of mellotron and layered vocals, bringing again to mind the best of Mercury Rev at their most transcendent. Next 'Akt Dit's late night saxophone and piano led contemplation still manages to be upbeat and a genuine thing of beauty, whilst 'En Dag Pa Sjon's guitar explorations need to be heard in their exultant and cosmiche splendour. One aspect of this album is that it utterly transports you to a different place, a different reality altogether. Time and the world outside passes by and you don't notice; this album steals all your attention and deservedly so. And it is joyous; there is a real sense of the sheer pleasure in creating these glistening harmonies and carefully wrought arrangements and adornments. 'Flickor Och Pojkar' is a measured drift through a star filled sky, chimes and xylophone shimmering amongst waves of strings and blissed out ambience. 'Ljus In I Min Panna' is a plaintive, acid tinged guitar and harpsichord perfect piece of baroque pop (think the original 1960's Nirvana as a reference point) while album closer 'Sova' adds harp and banks of vintage keyboards to a truly epic and memorable finale.

With 'Allas Sak' (which translates roughly as 'everyone's thing') Dungen decisively reclaim their place at the forefront of the psych rock scene and very possibly much, much more besides. This is an album of almost unbelievable levels of invention, ability and vision, coupled with addictively tangible excitement and wonder. Highly recommended; this will undoubtedly be many listener's album of the year.