The Wheelers of Oz - Revivalised 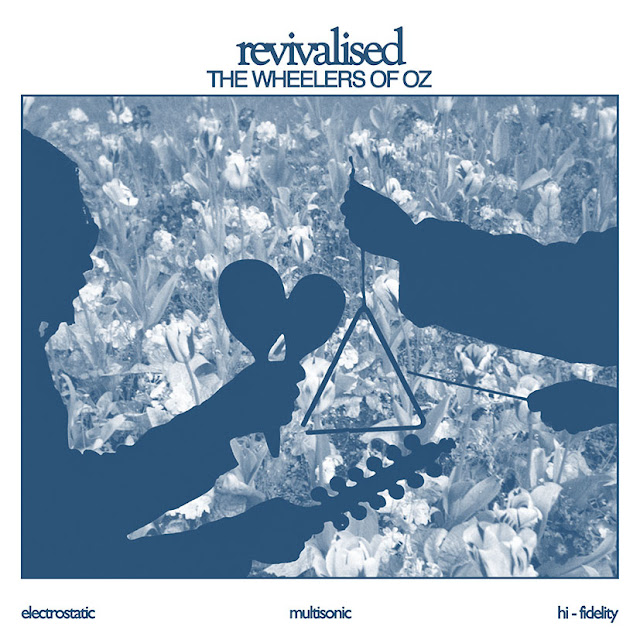 Early this past August, Perth, Australia's The Wheelers of Oz released their impressive debut, "Revivalised," a potent concoction of lush psychedelic garage rock. From what I can tell, The Wheelers of Oz boasts a seven name roster, though the songs were written by the duo of Sam Eastcott and Alex Halsey. Still, The Wheelers of Oz have a distinctively collective feel, with a strong balance in instrumentation and structure - and an apparent love for avant garde cinema, which they name as their sole influence. Like so many other bands, The Wheelers of Oz could be at home in any number of genres, depending on the listener's justifications - whether shoegaze, psych, garage, surf, punk - but, unlike some of their peers, they retain a sense of joy in that confusion as they mix and meddle, blurring the lines in every direction and - at least sounding as if they do - enjoying the simultaneously polished and garage/lo-fi ideals of musicians loving what they're playing and moving freely about their inspirations.

Instrumental opener, "Mis en Scène," is a subdued and subtle introduction to the band's work, complete with tags for the following musical aesthetics: sci-fi sounds, warbling guitar tones, dramatic organs builds, and tinny - often harmonized - guitar leads. Still, with so much revealed in the introductory track, "Here with Me" follows with a spacious, surf vibe while maintaining the dramatic movement and admirable twist well established from the start.

The debut's eponymous closer takes the strongest elements unveiled over the previous seven tracks and masterfully combines, dismantles and revisits each of them, all at an accelerated pace: unadorned guitar leads (that need no adorning), layers of effects (and flutes), and drones, all set to a dynamic beat. A promising end to their debut.

Despite an admittedly odd childhood obsession with "The Wizard of Oz" film, it wasn't until much later that I saw the strange, off brand sequel "Return to Oz," which left its indelible impression almost entirely by the appearance of the wheelers and the somewhat obvious warnings that read "Beware the Wheelers." It's rather happily then that  I welcome a new memory of The Wheelers of Oz, one much that is much more pleasant. An excellent debut from a band worth following.

"Revivalised" is available digitally or on CD, which includes a photo booklet from the band. Get either on their Bandcamp page (below).