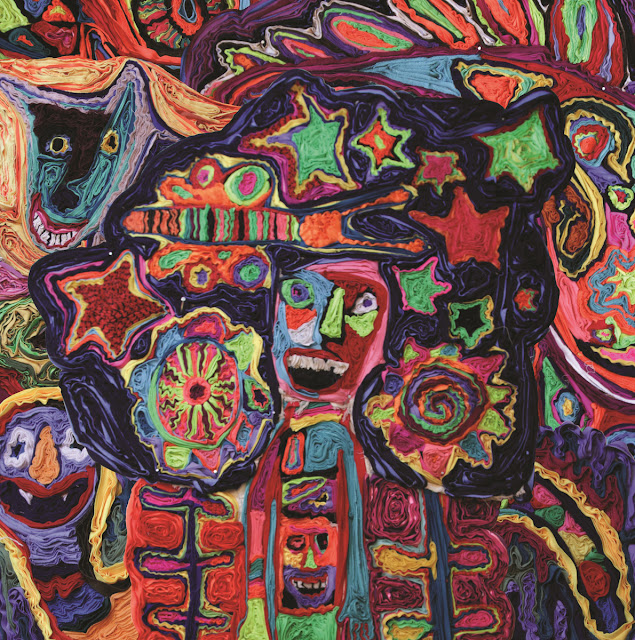 The Shifting Sands are part of the second generation of flat out great New Zealand bands. Their dense, multilayered psych pop is heavily reminiscent of the best of the Flying Nun bands, but with a twist. The vocals especially remind me more of late 60s West Coast psychedelia (think West Coast Pop Art Experimental Band, whom they are undoubtedly named after). Singer Mike McLeod has a warm, sun-dappled voice that lends itself well to these stunning compositions.

“Waiting For The Sun” is the opening track, and it’s a corker. It unfurls itself with hazy layers of acoustic guitar and tightly played drum and bass, and then Mike’s wonderful vocal floats in. And oh, that tinkly keyboard in the middle of the song is so very much like early Chills! The group makes it all seem so easy, when we know it’s not. But it gives me cause to wonder yet again, what’s in the water down there? How do these groups from these tiny, remote places create such majestic music? So much quality from those far flung islands.

The songs on this record were first conceived in a woolshed and a broken down shack in the hills above Port Chalmers near Dunedin, during a period of heightened aurora activity. The three band members run a haunted venue called Chick’s Hotel where many alternative acts (including Sebadoh and J Mascis) have played, and it’s central to the Dunedin rock underground. The band also shares a bass player with the vaunted David Kilgour (of the Clean), who also plays on a few tracks on this album. On “All The Stars”, guest violinist Alex Vaatstra adds lacy filigrees to an already stunning acoustic track. The lyrics speak of love and light and those heartfelt sentiments shine through. “We All Fall Down” is slow and graceful, almost wallowing in melancholy but somehow lifting itself out of the emotional mire with a carefully structured melody. “Making It Through” is fuzzy psych, the kind best played at high volumes. I love the feedback driven guitars that carry the song through. Once again, the song hovers around darkness, and the shadows swirl around you as this song pushes out to 4 plus minutes.

The instrumental “Whareakeake” (Murdering Beach) reflects all the primal elements I loved so dearly in early Kiwi pop. It is stripped back to the very basic instruments. Yet it is buoyed by Alex’s wonderful violin playing. “Should Be Better” smells like a single to me, though I am not sure what the band has planned in this regard. It has a forceful feel to it, waves of guitar alternating with Mike’s sweet vocals, and at two minutes it feels too short. “Dreaming To Keep Awake” is a sundazed, hazy tune that drifts in and snares you with thick, distorted guitars (which remind me of the Bird Nest Roys). “Coming Back” reminds me a bit of The Clean, and it’s no wonder, because David Kilgour plays guitar on this song. Those twining guitar lines sound perfect together. I hope the band works with David again in the future. “Abstract Objects” is more of the same densely hued psychedelia, with Mike’s light vocals floating over the top. “Radio Silence’ is the album closer, and it also features David Kilgour on guitar, and as expected, it’s a lovely, shimmering piece of dreamy psych heaven. This is the sort of music I could listen to forever, its title reminding me of long car trips where the signal cuts out, saved only by the music brought with you for just such an occasion. A lovely album on all levels, highly recommended for fans of classic New Zealand music and for anyone who appreciates psychedelic-influenced rock music.