Emily & Angeline "EP1 The Blue One" 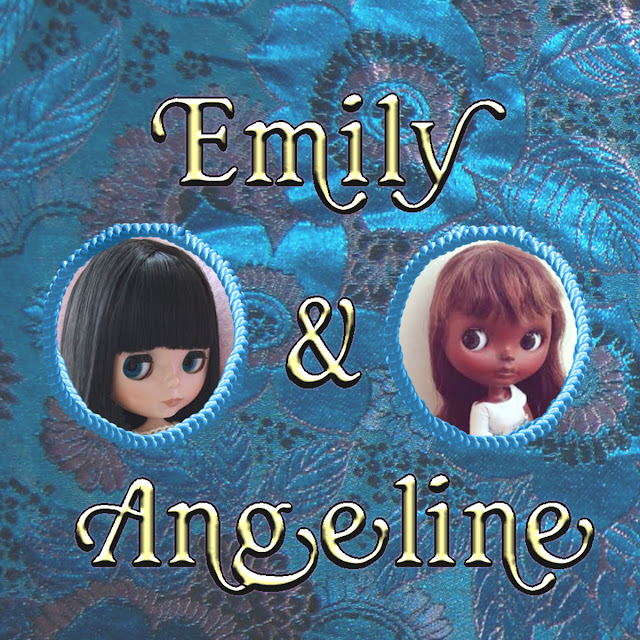 Following her spellbinding collaborative work with The Rowan Amber Mill (on the highly recommended folk horror opus 'Book Of The Lost') and her own solo psych masterpiece 'Autumn Eye', Emily Jones returns as one half of the duo 'Emily & Angeline' with this impressive début EP. Splitting vocal duties down the middle with Angeline Morrison taking lead on two of the tracks, the pair accompany these otherworldly and eerie tales with guitar, piano, glockenspiel, xylophone and autoharp to create a modern, dreamily hazy and highly addictive acid folk. Wistful and melancholic at times but always with a subtle warmth and gentleness, there is genuine sense of magic and wonder in these songs. As the sleeve notes state 'once upon a time, long, long ago there were two dolls called Emily and Angeline...sometimes they pretended to be human, so that they could play strange, sweet music together...now, centuries later they have decided to let others hear this phenomenon.' Be glad they did; indeed, with hints of Vashti Bunyan and Linda Perhacs as well as hues of Sunforest and Trees, this EP could have been recorded in the early 70s and only just been unearthed as a lost treasure.

'I Cannot Find The Eye' begins the EP in graceful, melancholic fashion with delicate acoustic guitars, strident autoharp strums and Morrison's layered and multi tracked vocals. It is both ethereal and earthy, a hedgewitches song which feels just that little bit more and more uncanny the longer you listen. It is also deeply memorable, with a melody that spins its cobweb into both your heart and head and firmly remains there. 'The Hive' is a masterful piece of psych folk, Jones' s vocals both haunting and bewitching in their wyrd and wonderful harmonies, glockenspiel picking out a truly lovely but ever so slightly sinister motif. Fans of Pentangle, The Owl Service and Sproatly Smith will adore this. Next, 'The Pursuit Of A Seed' is a stately Elizabethan procession, its chiming guitars resembling the regal sound of a harpsichord. Filled with elaborate twists and turns this is a more reflective, dreamlike piece but equally as effective as its fellow songs, its hushed beauty holding rapt attention. Emily Jones returns to vocal duties for the EP's finale ' The Closer You Are', xylophone notes shimmering like stars behind a perfect slice of gorgeous acid folk, the song's chorus one which will replay in your dreams for nights afterwards. This EP may be short but it is long on inspiration, creativity and imagination. These are songs that will soundtrack the late, dying summer and the cold, sharp first mornings of autumn.

Available now as a limited edition CD in a lovely, paisley patterned sleeve (featuring the duo as the afore mentioned dolls) as well as a download with two bonus tracks, this EP comes highly recommended. What is exciting is that it is named 'EP1; The Blue One' which suggest there will be another to come, if so this is certainly a release to anticipate. Make sure to hear this; these songs from the doll's house are both lovingly crafted and hugely affecting, enter the curious world of Emily & Angeline.